5 Of My Favorite Experiences... 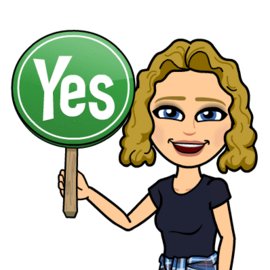 Going to Red’s was a fantastic experience in order to wind down from the chaos of the festival atmosphere throughout the day.  Not only did I see filmmakers at the parties, but I saw professors, scholars and other festival guests who were beyond eager to talk to me about the festival and about myself.

I spoke with Jon Nealon, who created Here Come The Videofreex, as well as Ithaca College history professor Jonathan Ablard, to name a few.  I wasn’t expected to feel as comfortable conversing with “strangers” and I was amazed by how easily I was able to speak to each person.  I found that the festival created a very intuitive and innovation mindset and atmosphere that lent itself to intelligent conversation.  Although Red’s was just an after party, I found it immensely rewarding.

Like I have mentioned in some of my other posts, the FLEFF Opening Concert was a new experience for me.  I have been to many concerts and Broadway shows, but I’ve never been to something so musically diverse.

I heard music from John Lennon and then two minutes later I was hearing an operatic tune from 100 years before.  Not to mention the actual atmosphere inside the theater was memorizing.  Everyone was fully immersed in the show as well as the stage decoration and projections.  This is another example of the fact that FLEFF has so much more to offer other than strictly film.

Panomundo was inspiring.  That is genuinely how I felt about film.  Not because it explored an extremely deep or complex subject but because it was made by an independent woman looking to delve into her passion.  Charysse Tia Harper used this film as a platform to take a look at her heritage and culture, which wound up telling a very interesting story about a musical instrument I would not have known about otherwise.  I spoke to Harper after the viewing and she gave amazing advice about being a woman in the field of communications.  Never have too much pride to ask for help, and follow your passions no matter where they take you.

I’ve blogged about this film before, but I cannot explain enough just how much I enjoyed the atmosphere that came with Dear President Obama.  I didn’t feel like I was just watching a film, I felt like I was apart of something.  The people who were in the room with me were there to make a difference, not to just watch a movie.  I genuinely felt that I had gained an immense amount of knowledge by watching the film and partaking in the discussion that followed.

After seeing Trapped I actually decided to try and become a volunteer at Ithaca’s own Planned Parenthood.  If that doesn’t tell you I enjoyed this particular event then I’m not sure what does.  Trapped was absolutely moving.  As a woman I felt directly impacted by this film, by the history of the struggle to keep abortion legal and by the ongoing battle we are still fighting.