5 things I learned about FLEFF and festivals 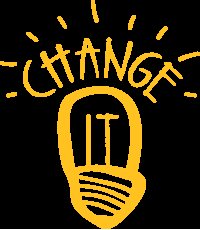 For nearly one month as a blogger to learn about FLEFF, I found my conceptions about FLEFF changed.

1.Ithaca College is the host of FLEFF

I thought FLEFF was sponsored by the city of Ithaca. Actually, FLEFF was launched in 1997 at Cornell University. Ithaca College became the host of FLEFF in 2004. In 2005, the festival moved to Ithaca College with a purpose to link intellectual inquiry to global issues. Professor of cinema, photography, and media arts Patricia Zimmerman and professor of Politics Thomas Shevory are the codirectors of FLEFF.

2.The goal of FLEFF is not only showing films, but creating an intellectual community of dialogue

In my impression, the goal of a film festival should be showing films. However, according to Dr. Tonya Saunders, who is the Assistant Provost of International Programs at Ithaca College and Executive Producer of FLEFF, “the goal of FLEFF is intellectual contribution.” FLEFF provides a platform for people to see what happens in the world, to think about how to promote sustainable development. People come together to ask questions about environmental issues, discuss or debate about war, disease, health, the land, water, food, medicine, education, technology, etc. Furthermore, they seek solutions to address problems in the world.

3.FLEFF is far more than just a film festival

When I heard the name of The Finger Lakes Environmental Film Festival for the first time, I thought it would be all about film itself. Nonetheless, FLEFF related to everything. It emphasizes interdisciplinary thinking. It presents the world in forms of film, new media, music performance, dance, drama, panels, etc. If you can only find one thing to describe FLEFF, that must be diversity.

4. FLEFF does not only target students

People from all over the world attend FLEFF, including professionals from different industries, different academic fields, faculties and communities. It’s a opportunity for everyone to share their stories and ideas.

5. The difference between international independent film festivals and Hollywood