Posted by Kimberly Capehart at 11:46AM 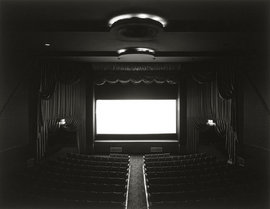 Are you excited to get in the theater and see what FLEFF will be screening this year?

The blogging team has been busy interviewing and writing for the past couple of weeks, but we've also been doing quite a bit of learning. In order to more fully understand our position in the festival world, we've been reading a number of books about the history of film festivals, the process behind programming films for a festival, social media tactics, and more!

Here are 5 things that I've learned about film festivals so far:

​1. Film festivals are places where the global meets the local

The Finger Lakes Environmental Film Festival may be based in Ithaca, New York, but that doesn't mean that the festival starts and ends here. FLEFF will be showing a number of international works and bringing in guests from all around the world to share their experiences and interpretations of Dissonance. It's a great opportunity for students and community members to experience the excitement of a global film festival right in their backyard.

As mentioned by Dr. Thomas Shevory, film festivals create a space where intellectual conversations are frequently occurring. The films, music performances, guest speakers, and labs at FLEFF are all opportunities in which to engage with another person in a meaningful dialogue about anything! Very few people have the opportunity to immerse themselves in such an environment, so it's important that festival guests take advantage of the festival by talking to as many people as possible. You'll be surprised at how many ideas will be exchanged during FLEFF week.

3. Festivals are about diversity

Especially in the modern age of the film industry, which seems to be over-saturated with Hollywood cinema, festivals seek to bring in a wide range of media and programming choices. But festivals aren't only about diversity in the works being shown, but diversity on a larger scale. For a film festival, FLEFF programs a lot of guest speakers, music performances, new media works, and more in addition to films.

4. Audience participation is a huge factor in the success of film festivals

This is where you come in!  The audience is, arguably, the most important part of a film festival because they are the people who will be initiating the ever-important conversations that are so essential to a film festival. Whether you attend a film or a lecture on campus or downtown at Cinemapolis, it's important to respond to what you are seeing and to share your ideas with others.

It's important to have an open mind when getting involved with a film festival because they are constantly changing and adapting. A discussion with a director may run longer than expected and push the screening of the next film back a little or a different guest may be attending an event or a screening than previously scheduled or any number of things that weren't expected might happen. Film festivals need to be flexible in order to manage all of these changes and it's important that spectators share this flexibility.

What assumptions do you have about film festivals?