A Call to Action; Gail Hansen on the Crisis of Antibiotic Resistant Bacteria

Posted by Blaize Hall at 1:14AM 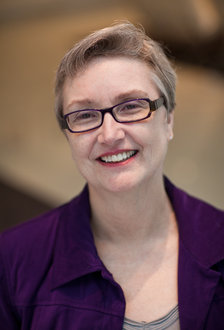 “I know my defining moment.  I was in practice in New York City, and it was the mid 80’s.  This was in the middle of the AIDS crisis. There was a lot of misinformation, and I had people with AIDS coming to me in tears with their pets saying ‘My doc just told me I can’t have this pet because it will have a disease that will kill me.’”

“I was kind of thinking that public health would be interesting.  I had a client with a really old dog, an old poodle, and she had ‘old dog issues’.  Finally we decided that we had to euthanize her.  And he wanted to be in the room.  He said ‘I’ve known her since she was born, I want to be here for the whole thing.’”

“Afterward, he started to cry, and I had a very natural reaction and gave a handkerchief to him and gave him a hug because he was, obviously, in pain.  He told me, ‘I have AIDS.  This dog was my lover’s dog, and she was my only connection with him.  You are the first person to touch me since he died.’”

“Sometimes you know your defining moment, sometimes it’s a combination of things, but that was definitely mine.”

Gail Hansen started her medical career in veterinary practice.  The story she described above is what set her on the path to her current position serving as a senior officer for Pew's campaign on human health and industrial farming.

Monday evening of FLEFF week, she will present From Pharm to Farm: Antibiotic Resistance in a Global Economy.  She took the time to explain the basics over the phone.

“How anti-biotic resistance works is if you give an antibiotic to an animal, some of the bacteria present in the animal will die off and some will become resistant to the antibiotic. Those bacteria will share their resistance with other bacteria

“Some people think ‘I’ll just give up eating meat and it won’t affect me,’ but that’s not true.  These bacteria are in the animal’s gut and pass through as waste. Where does that go?  It gets spread onto crops as fertilizer.

Even bacteria that don’t make you sick can pick up those genes and become resistant.  So now you have, basically, a whole environment that’s been changed.


“We all have to own this issue and figure out what our part in it is, and what we can fix.”

“We at Pew are looking at a three-pronged way of changing things.  We are certainly looking at legislation, both federal and state.  We are looking at regulations.  What can FDA do? What can USDA do?  What can they do together?  Looking at marketplace, if the marketplace changes, if customers, whether it’s hospitals or schools or individuals start asking for meat from animals that have been raised with limited use of antibiotics, that will affect supply and demand.  There are definitely people who are concerned with where their food is coming from and what they’re putting into themselves and their families, but it’s not at the top of everybody’s list.”

“There are a couple of key concepts I try to get into people’s minds.  One is to remember that anti-biotic resistance is something that bacteria have.  It isn’t us, and it isn’t the animals, it’s the bacteria.”

“Antibiotics, themselves, are what I call a societal drug.  Use of antibiotics doesn’t affect only you, or the animal, but the environment.”

“Antibiotic resistant bacteria are very good at spreading their resistance to bacteria. Old theories have been that if you took away the antibiotics, then the resistance would go away because there wouldn’t be a competitive advantage for the bacteria to be resistant.  But that doesn’t always hold true.”

“It’s a very big, complicated problem, and there have to be lots of different solutions that get at it from different ways, but we ALL have to be looking at it.”

“All the bacteria need is that we do nothing about it.  Then they will thrive, and we will pay the price."