Posted by Hannah Basciano at 10:46PM 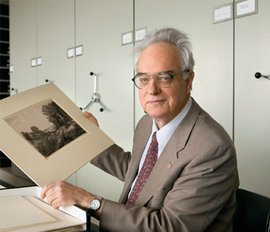 A wall of water barrels down onto thirty terrified men. Another, swelling, lurches the frail frame of the vessel they trusted with their lives perpendicular to the sea they hoped would bring salvation. The storm and boat rage forward.

For one moment, the group of emigrants seemingly rise against nature’s challenges.

True hope; for a moment.

That moment is Dr. Robinson’s favorite memory of FLEFF.

Last year, at the 2014 Finger Lakes Environmental Film Festival, Dr. Frank Robinson, President of the Board of Directors for Cinemapolis, was presented with the opportunity to introduce Moussa Toure’s La Pirogue.

He admitted, however, that it wasn’t the kind of film he would have normally gone to.

Nonetheless, when he finished his introduction of the acclaimed Senegalese piece, he took a seat in the theater.

He was on the edge of it for the next eighty-seven minutes.

Dr. Robinson, is a published scholar on the impact of The Director. In his research, he was able to hear the great French filmmaker, Jean Renior, speak in the flesh—“a life-changing experience.”

For two decades, Dr. Robinson stood as the head of the Herbert F. Johnson Museum of Art at Cornell University, a position that originally brought him to Ithaca. Upon his arrival here, he quickly became a regular at Cinemapolis.

Dr. Robinson served as a Trustee for the theater for four years before becoming the Vice President for the Board of Directors. He has now served as the President since 2012.

One thing in particular stands as Dr. Robinson’s goal as a Board member for Cinemapolis: its wide range.

“FLEFF is a key part of this mission; every year, it presents an extraordinary cornucopia of films from a wide variety of countries and on an even wider range of topics. It interprets the term 'environmental' in the broadest and most inclusive sense. In this way, it reaches a new and intellectually curious audience and brings them into our theater.”

Dr. Robinson has a love for Cinemapolis and FLEFF that can only be described by the look of fulfillment in his eyes when he talks about his experiences at the theater.

“We want to reach out to every part of our community, academic and nonacademic, and engage them in the art of film.”

How long have you been a fan of Cinemapolis? Do you have a favorite memory?