A Once in a Lifetime Opportunity

Posted by Sophia Feuer at 7:32PM 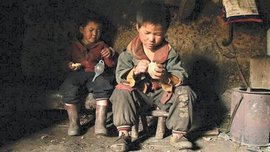 Quoting Marianna Torgovnick, Bill Nichols wrote, “to respect other ways that art can be created, circulated, displayed, and received…Western art historians need not supply any ‘voice.’” He mentions that these voices “can be heard if Westerners are willing to listen and willing to respect silences when silences greet questions.”

This quote was something that struck me prior to the annual Finger Lakes Environmental Film Festival this year. Needless to say, it proved itself to be a critical aspect of my film going experience.

Not only did I get a chance to see films that were not playing in the more mainstream multiplex theaters and circulation of films, but I truly feel many of the events were once in a life time experiences.

Going back to Nichols’ essay, festivals are very important in their ability to create a space for these new cinemas and undiscovered people. They are key to the global circulation in cinema. Often film festivals provide a place for international cinemas to be shown that perhaps are disallowed in their own countries for political reasons. Due to this fact, film festivals play a major role politically on the global scale.

During FLEFF week I had the privilege of seeing the work of the remarkable and very significant documentary filmmaker, Bing Wang. Wang’s film, Three Sisters followed the lives of three young sisters living in a hillside village in rural China. Wang explores the politics of the “rural revival” and the issues that plague the lives of peasants who are barely able to support themselves.

Not only was this film strikingly beautiful and emotional, but it was also once in a life time opportunity to view a masterpiece with such political importance by a brilliant artist (not to mention its controversy in China!)

Opportunities like this are what expose me to an expanded outlook on the world, getting to hear the voices of visionaries around the world. If there is one thing that I learned about FLEFF, it is this.  Festivals are not just about watching films. It is about learning, listening, and coming together with others to talk about it.