Behind the Scenes at FLEFF: Dr. Tanya Saunders, Executive Producer 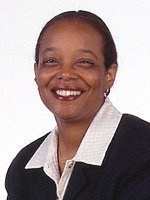 The large, spacious windows of Dr. Tanya Saunders’ office offers a panoramic view of Ithaca College’s centers for writing, theater, and sports. It feels like the epicenter of not just Ithaca College, but FLEFF itself. And in a way, it is.

Among other things, Dr. Saunders is the Assistant Provost of Ithaca College and a long time executive producer and key organizer of FLEFF. As a leading figure in the college’s push to create an academic community across its five schools, Dr. Saunders has also been able to bring this principle to the FLEFF experience.

“Sustainability isn’t going to be solved by one discipline”, said Dr. Saunders when we discussed the community of intellectual stimulation that FLEFF offers.

Through all the questions I asked Dr. Saunders, our question-turned-conversation on sustainability and its relationship to FLEFF was the one I responded most to.

In our conversation, I mentioned one of FLEFF's new media pieces; Kuesti Fraun’s ultrashort film “Capacities”, which depicts a man putting a piece of plastic into a public trash container attached to a light post. The trash explodes out of the bottom of the trash can, commenting on our semiconscious disregard for the waste we create.

Dr. Saunders mentioned that the idea of sustainability asks for a chain reaction. When I brought up Fraun’s film, she mentioned that despite plastic being a major pollutant, to ask for an outright ban would have many consequences, as our dependency on it is so large.

This helped me contextualize the position of the film as a work of art and as a topic of discussion at FLEFF. Plastic has saturated consumer culture to the point where removing it from circulation would have major setbacks.

I then asked myself “how can we reduce plastic wastes in a way that accounts for our reliance on it?”

It’s that kind of layered thinking and questioning that FLEFF and Ithaca College offer, which is why invited media artists are asked to attend at the festival for a few days, rather than leaving after delivering a cursory lecture on their art and a brief Q&A section.

When I walked into her office, I expected Dr. Saunders to say that it was community outreach that was the main component in planning FLEFF this year. When I left, I was surprised to hear that part of her planning for FLEFF has actually been scheduling the plane flights to bring artists in.