Behind the Scenes at FLEFF: Jason Livingston, Community Outreach Coordinator

Posted by William Hopper at 6:48PM 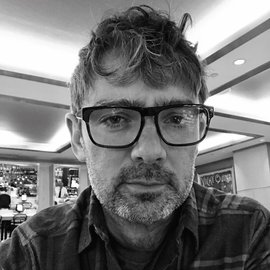 By Will Hopper, Cinema and Photography with a minor in Honors, '22, FLEFF blogging intern, Harvard, Massachusetts
Film festivals couldn’t exist without an audience. While experiencing a festival, people may overlook the importance of film promotion. It requires much time and effort, and it remains integral for the festival’s success.
Jason Livingston holds the position of Community Outreach Coordinator at FLEFF. This position involves promoting the films in FLEFF to their target audiences.
With the festival’s environmental theme, Livingston forms a more personal connection to the programming. He strongly believes in FLEFF’s broad and inclusive definition of environment. He sees the festival “nudging people towards thinking of the environment as something much more entangled in the whole web of life.”
When Livingston went to FLEFF in 2019, he saw the documentary Wildland (Jablonski, Hudson, 2018). The film follows a group of firefighters as they go after wildfires. While the film depicts the ecological devastation from the fires, Livingston also found that it offers insight to class differences in social environments.
Livingston notes that FLEFF uniquely embodies “true diversity of programming.” The festival includes films from all over the world and in locations that don’t have as much representation in other festivals. It also contains a variety of formats as well, including screenings of narrative films, documentaries, shorts, and silent films with live performances.
When an opportunity to join the FLEFF team arose in 2019, Livingston accepted. He became the Community Outreach Coordinator, a position that focuses on promoting the events at FLEFF to reach more people.
To effectively target specific audiences, Livingston previews many films and looks at their press materials. He determines which audiences might want to attend a specific film and finds ways to advertise it to them.
Promoting FLEFF films through the press remains a difficult task, whether written on paper or online. It often favors devoting space to the blockbuster movies at the nearby commercial multiplex rather than the lesser known films at FLEFF. Livingston believes that “it’s a shame because we can all go see movies at the mall anytime, but the films that come with FLEFF are unique and hard to see.”
Watching a film at FLEFF provides a unique experience that watching at home cannot replicate. While movies at the multiplex can last for weeks, the Cinemapolis screens FLEFF films one or two times in total.
Livingston reached a wide audience last year through the community radio station WRFI 88.1. He talked with station manager Felix Teitelbaum and brought in a few festival guests for an hour to discuss FLEFF.
In addition to working with FLEFF, Livingston also worked on the We Tell project. We Tell provides collections of significant documentaries from certain locations and communities that share common themes. The six categories of films include Body Publics, Collaborative Knowledges, Environments of Race and Place, States of Violence, Turf, and Wages of Work.
As a research assistant, Livingston helped track down biographical information about the filmmakers. Some were more difficult to find than others and required a lot of searching.
While FLEFF and We Tell provide very different experiences for Livingston, they both give exposure to lesser known films and filmmakers that reveal important ideas and new perspectives on communities and environments.
Tags: Environment, FLEFF, interview, Jason Livingston, We Tell, WRFI