Carmina Burana: A Legendary Piece Being Performed in Ithaca

Posted by Kimberly Capehart at 6:12PM 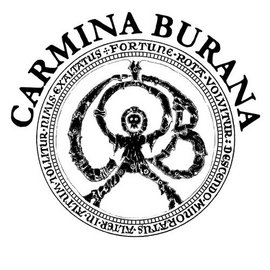 Carmina Burana is a legendary and easily recognizable piece of music

I’ve never been to a film festival.

This news might be surprising to some, especially since I’m currently interning for a film festival, but I am a complete newbie in the festival scene.

But, if there’s one thing I know about film festivals, it’s that they’re about films. Duh, right?

In addition to showing films I’ve learned that festivals, specifically the Finger Lakes Environmental Film Festival, feature a lot of other things. This year’s festival will be bringing in an amazing array of films, guests (like directors, producers, distributors, scholars, etc.), new media artists, and music.

Wait a minute, music at a film festival?

On Tuesday, April 2nd, the Whalen Center for Music will be hosting FLEFF’s Mobilities concert: Carl Orff’s legendary Carmina Burana, performed by musicians from Ithaca and around the world.

Don’t be fooled by the name of the cantata; Carmina Burana is a widely recognized piece of music, and you’ve probably heard it before. The piece’s opening movement, O Fortuna, has been used in hundreds of soundscapes, including scenes in action movies and between plays on Monday Night Football.

The movement can be found on YouTube here, and for Ithaca College students, the cantata can be listened to in its entirety on the Naxos Music Library. I recommend that everyone listen to it at least once before the live performance,

I’ve gotten into the habit of listening to Carmina Burana while I do my homework and, let me tell you, I’ve never felt so empowered while sitting alone in a room.

Each of the movements in Carmina Burana is incredibly varied: not only within the piece, but also in and of itself. Loud, powerful choruses layered with drums and pianos (you read that right, multiple pianos!) follow haunting solos, which, in turn, follow soft instrumentals.

The piece is truly unpredictable and incredibly exciting to listen to – and that’s just through my cheap headphones. I can’t imagine how the piece will sound live.

The free performance will fill up quickly so make sure you get down to the Hockett Recital Hall at the Whalen Center for Music early on April 2nd. Don't miss out on your opportunity to see a very unique performance of this legendary piece. The concert starts at 8:15 pm.

Until then, take a listen to Carmina Burana! How does it make you feel?