Posted by Kathryn Beaule at 12:27AM 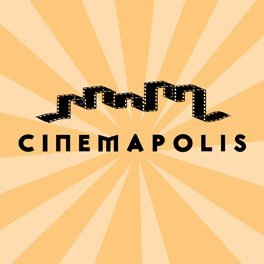 When talking about FLEFF, it would be a dishonor not to mention the festival’s right-hand man, Cinemapolis. Specializing in independent, foreign, and locally produced films, this movie theater has always been a gracious host for FLEFF week.

Much like the festival itself, Cinemapolis bursts any bubbles of restriction and welcomes unconventional films and events to its theaters. Its Executive Director, Brett Bossard, collaborates with FLEFF directors in order to reimagine the ways in which the theater’s space can be used.

Here’s a closer look at some of the unique events Cinemapolis will be hosting this year:

Accompanied by live music, this silent film will come to life through the powerful music pieces performed by Fe Nunn and Friends. Flickering in black and white and plunging deep into matters of family and love, TORRENT will take you back into the 1920s and leave you floating in a musical daydream.

This documentary, produced by Lauren Lazin, travels into the Deep South where gay rights are smothered by a conservative population. Following the lives of several gay women, this film explores an area of the United States that is still tormented by bigotry, bullying, sexism, and racism.

Considered one of the all-time greatest American films, THE CROWD tells the story of a married couple trying to survive the hardships of residing in a bustling metropolis. This FLEFF event will intensify the normal film experience by incorporating live musical performances by Ithaca’s Cloud Chamber Orchestra.

This award winning play, written by Saviana Stanescu, takes a deeper look into the societal issues surrounding gun violence. Broken up into three inter-cut monologues, HURT delves into the mind of a character who is emotionally tormented and on the verge of committing murder. It’s relevance to recent shootings, such as those of Sandy Hook and Virginia Tech, pushes it to the forefront of FLEFF events.

Filmmaker Rehad Desai transports audience members back in time to August 2012 when mineworkers in South Africa were violently shot down by police during their protest for better wages. With controversy circulating throughout the United States about police brutality, this film provides an alternative perspective to recent issues about communities and their respective authorities.

Cinemapolis strives to preserve the communal experience that film can provide. Thus, through events such as the ones above, the theater is able to create a rich connection between films and audience members most eager to see them.

What films are you most excited to see at Cinemapolis during FLEFF week?