Posted by Jade Hazzard at 5:50PM 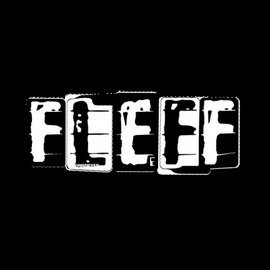 Visualizing chaos.  That is what Jacqueline Goss’s films do.

Her work does not fit under one genre, “for better or worse I don’t really have a definitive style, I’ve definitely made a lot of different types of things”. Goss’s work is often inspired by something she has read or a place she’s visited.  This creates a platform for discussion and ideas.  She is always looking for idiosyncrasies of place “I’m very attracted to stories about people who set out to measure something or quantify something in the world.”.

At this year'sFLEFF Goss’s films will be playing back to back. In terms of pacing and what they require from the audience, they are "worlds apart". Yet at the same time, they share the common threads of being studies of a place. Goss’s work is “really just about this human impulse to make order out of chaos.” which fits with this year’s theme of 'Disruptions'. Her ability to spot chaos in everyday life and create films using multiple forms of new media, like animation and soundscapes are unlike many other filmmakers.  Her work encompasses the idea that people like to find order in every aspect of life. She noted that while people try to do this it almost always fails. Her films find chaos in even the most mundane settings.

Goss always thought that she would be a writer, then fell in love with film at Bard College. As well as being a filmmaker, she is also a professor at Bard University where she teaches “Film and Electronic Arts”.

During this year’s FLEFF Jacqueline Goss will be sharing four of her pieces, “Failing Up” and “The Observers” will be shown at Cinemapolis on Saturday, April 14th at 12:00 pm during the festival. "Harts Location" and "The Measures" will play on Sunday, April 6th at 7:00 pm.