Posted by Kristen Reid at 9:59PM 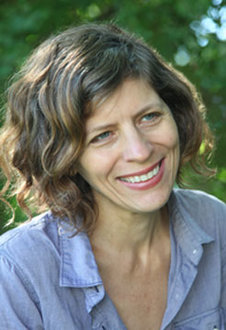 “I was longing for an adventure, and a way to work with other artists whom I admire.”

Jacqueline Goss is a filmmaker and new media artist from New Hampshire whose works explore the deep connections between science and self. Four of her short films will be showcased at FLEFF this year, each varying drastically in subject matter and style. They will be shown as double features, pairing The Observers (2011) with Failing Up (2019), and Hart’s Location (2016) with The Measures (2011).

The Mount Washington Observatory is one of the oldest fully staffed, still functioning weather stations, having been established in 1936. Every hour since then, a climatologist measures and records wind speed on the “windiest mountain in the world”. The Observers is a 62-minute film chronicling observatory across two distinct seasons and the life of solitude these climatologists experience. The Observers will be paired with a short experimental film called Failing Up.

Failing Up pairs borrowed audio from Home Alone 2 (a film in which Donald Trump cameos) with abstract images of Manhattan to comment on the current political climate. In just short of eight minutes, Goss makes a poignant but “slapstique” critique of mediocrity and the President’s affinity for ‘failing up’.

Like Failing Up, Goss’ third film at FLEFF, Hart’s Location, is also overtly political, this time diving into the mindset of one voter as the first presidential primary in 2016 draws nearer and nearer. In this film, Goss attempts to make sense of the chaos that defined that period through a combination documentary-narrative structure. Hart’s Location will run alongside The Measures which recreates the process of determining the metric system.

The Measures investigates and reenacts the efforts of two astronomers were tasked with defining the meter and the metric system in 18th century France. Co-produced with Jenny Perlin, The Measures searches for the connection between the struggle for standardization and the political turmoil that was occurring in France concurrently.

Based on this collection of films, it’s clear Jacqueline Goss is no stranger to disruptions. Covering an expanse of ideas and themes, Goss’ shorts look into natural disruptions as well as political. The Observers and Failing Up (70-minute combined runtime) will be shown at Cinemapolis on Saturday, April 5, at 12:00 p.m. while Hart’s Location and The Measures (73 min.) play Sunday, April 6, at 7:00 p.m. In addition to screening her films, we are lucky to welcome Jacqueline Goss herself to Ithaca as she will be visiting for the festival!