Posted by Andrew Ronald at 2:55AM 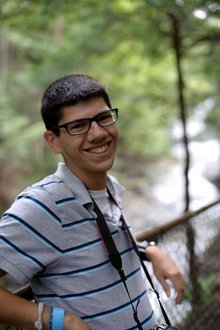 Alright, here's the scene: you are finally about to see the film you have been begging all your friends to sacrifice ten bucks for and go see with you. You get there, overcome with excitement for this movie. You are sitting in the middle of a packed theater with about one hundred other people who are as excited as you for the lights to dim and the previews to start rolling. Suddenly, this unfamiliar, yet bittersweet feeling of claustrophobia overcomes you. And for some reason, you love this feeling. We all do. And that is what we call community.

Community is ubiqituous. The sensation that is shaped through cliques of texting teenagers. The harmonious brotherhood that materializes in college fraternities. The cohesion between families that is created in neighborhood culdesacs. No matter where this dynamic manifests, it's undeniable that community is bliss.

This was exactly what it felt like during the screening of Oka! at Cinemapolis, a film that jumpstarted the fifteenth anniversary of FLEFF. The theater was saturated with incredible passion, palpable energy and, of course, a feeling of togetherness. Audience members even expressed promising feelings that the amount of energy will only escalade as the festival quickly approaches.

It's funny to think about how total strangers can be thrown together in a room and generate a better viewing experience than the one that would be created by being alone in a theater. But that's what communities do. It's astonishing to see how the idea of a communitiy can achieve so many rewarding effects. It creates a lingering sense of unity while still promoting diversity. It enhances companionship while preserving identity. It's basically what we would call a microtopia.

Now here's some questions I will leave you all with:
Do you agree with the sensation of being in a packed theater?
What does it feel like before a film starts for you?
What are your thoughts on the establishment of a community?

(And in case you didn't get the title, check this out. Save Community!)