Posted by Julianne Grillo at 12:00AM 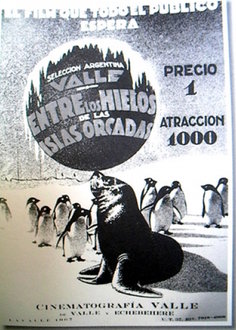 Two years ago, I was a senior in high school. I was desperate to escape my small, unassuming town of Clinton, New Jersey.

My heart was set on enrolling at a school in a city, any metropolitan area. I wanted taxis honking, claustrophobic spaces and towering skyscrapers.

When I came to Ithaca College, I feared my home and this relatively small town were similar. Small communities equated with small opportunities in my mind.

Ithaca, New York is comprised of both students and professors of higher education. Ithaca residents are passionate, curious, and distinct.

Any given festival’s culture is closely tied to its location. Their locations in Cannes or Toronto or Park City influence how festivals operate. Yet geographies also involve immaterial zones and non-places. The mapping of Ithaca is rich with environmental treasures and musical monuments, both showcased in FLEFF 2018’s programming.

The Cloud Chamber Orchestra, featured once again at FLEFF, is a remarkable group of musicians. The group is commissioned to score a live improvisational piece for Entrelos Hielos De Las Islas Orcada (Argentina, 1929). The musicians will create a soundscape to represent the unique and rarely featured landscape of Antarctica.

In collaboration with the Buenos Aires Film Archive, FLEFF’s screening will be the North American premiere. The theme of “GEOGRAPHIES” is particularly exhibited here when you consider how these moving parts have come together from across the world.

An internationally recognized ensemble will be performing with a recently recovered Argentinian film about a 1920s expedition to Antarctica, all converging in upstate New York.

Once I dismissed my preconceptions of Ithaca’s small college town, I could recognize what significant happenings can and do occur here.