Posted by Thomas Ball at 4:04AM 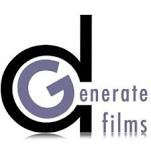 Over the past few years China has banned independent film festivals across the country and recently raided the Li Xianting Film Fund that funded the Beijing International Film Festival. Instead of directly fighting the Chinese government’s interferences, Chien, along with filmmaker J.P. Sniadecki moved the event to New York. They continue to distribute films along the festival circuit with dGenerate Films, which led them to their participation at FLEFF this year.

dGenerate stands for digital generation. That represents a generation of Chinese filmmakers whose films have used digital technology as a major component of their work. Previously at FLEFF dGenerate Films hosted the film Disorder, a documentary representing the dysfunctional infrastructure of China’s urban centers, filmed entirely by civilians with phones or digital camcorders. Films like Disorder highlight an important element of filmmaking for Chien, that of community building.

When Chien decides where a film will shoot, she takes into consideration the community that she will create by assembling a crew in a specific place. For the film Circumstance, a film screened this year at FLEFF, she decided to film in Beirut, Lebanon in order to create a community of crew members that she could return to, as opposed to a group of freelancers that she would never see again.

Just like the crews assembled to create films, the audiences that come together to watch films form a community. In China, informal screenings of banned films are held in classrooms and other meeting places instead of at large festivals. These informal screening require careful preparations beforehand as the Chinese government heavily restricts the assembly of groups of people. As J.P. Sniadecki, director of The Iron Ministry described it, “if someone goes on Twitter, and says that someone is stupid… the Chinese government has bigger fish to fry. But if someone says let’s assemble at this specific location to protest, that’s when the Chinese government intervenes.”

The Chinese government does take actions to limit the films that get distributed in China. In order to get approved for distribution in China, filmmakers must submit the scripts to their films, and then later the films themselves, to a board run by the Chinese government. Approved films get the Dragon Seal, which means that the film has no content that actively goes against the government. However 99% of films that get made do not get distributed through officially sanctioned channels. Knowing that their films have deep political meaning, independent Chinese filmmakers simply choose to opt out of the system.

Ms. Chien gave to the FLEFF lab a fascinating piece of insight when she said that this generation of filmmakers, both in China and around the world, have in the past five years gained the ability to own the means of producing and distributing their work, something previous generations did not have.