DISSONANCE: A DRIVE TO LEARN

Posted by Kayla Reopelle at 11:46PM 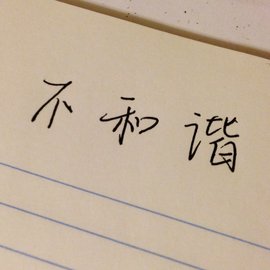 “So what you’re saying is that Afghans deserve the fate that the US Military has given them, that their history has led them to this very moment, that funneling in more US Military troops is some sort of destiny, that the civilians who may die in this process are just destined to do so?”

Do I support my beliefs and speak my mind, or do I continue playing my role and support my assigned side of the debate?

I first learned about dissonance in high school. During AP Psychology, we discussed cognitive dissonance, Leon Festinger’s term for a human being torn between two ideas and trying to reconcile these two pieces of information to get out of this state of mental conflict.

Learning that term helped me understand many situations I had been put in, torn between two opposing situations, trying to resolve a moral quandary. Though cognitive dissonance is an uncomfortable place to be in, I knew that it could allow immense moral, emotional and intellectual growth to occur.

During high school I was on the debate team. I joined the team to learn about political issues and develop my public speaking skills.

I loved debating, but there were always times during tournaments when I would be stuck representing a point of view that I did not agree with and had to choose whether I would continue playing the game or break character and throw the round, and my partner, in jeopardy.

I faced this dilemma every weekend. No matter how much I struggled to portray to my opposing point of view, it paid off by giving me insight into how other people think.

Sitting through a film that upsets you, choosing to go to a performance that you wouldn’t normally pursue, attending a master class that seems intimidating are all experiences that FLEFF provides and if the festival-goer chooses to take the dissonant route at least once or twice during their journey, it will pay off.

Chenruo Zhang, FLEFF assistant to the co-directors, first heard the term dissonance when she saw the festival’s posters around campus.

“For me, [dissonance is connected to] culture,” Zhang said. “I don’t think there are so many Asians in this school. When I came here there were so many American students so for me, I am a dissonance here.”

Zhang, from Yixing, China, near Shanghai, had not thought much about the Chinese word for dissonance, bu he xie, before the festival. She said she is excited to go to the festival to learn more about dissonance.

How did you learn about dissonance?