Posted by Liuqing Yang at 6:37PM 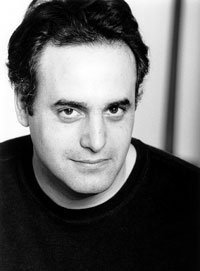 Tomorrow (Saturday, April 5) 12:00 p.m. at Cinemapolis, Dr. Stephen Tropiano will moderate a panel discussion, Diaries of Dissonance, with FLEFF filmmakers and other guests.

When I went to reserve a ticket for this free event, Brett Bossard, Executive Director of Cinemapolis, told me that it had already almost been sold out.

“Stephen is very popular in town,” said Bossard, Ithaca College and IC Los Angeles Program alumnus, who had Dr. Tropiano as his professor in 1994.

Dr. Tropiano has been director of Ithaca College’s Los Angeles Program since 1994. He is also a member of FLEFF’s advisory board. As an expert in film history, theory and criticism, Dr. Tropiano also has extensive experiences working as a programmer at Outfest, an LGBT-oriented film festival in Los Angeles, Calif.

The panel will reveal a behind the scenes look at filmmaking and filmmakers in and out of the mainstream. According to Dr, Tropiano, it will focus more on independent filmmaking rather than the Hollywood.

“The idea having this panel is to talk about the industry, to talk about what some of the trends are, particularly in terms of getting movies made and financed,” Dr. Tropiano said.

Besides funding and distribution channels, at the panel, you will have the opportunity to hear from FLEFF guests talking about everything you ever wanted to know about the film business, but were afraid to ask. Dr. Tropiano said the panel is a way to breach the gap that exist between when people think the industry being equal to Hollywood and when in fact, “the industry is everything."

“I think everyone thinks the film industry as this big, large machine, as Hollywood,” Dr. Tropiano said. I think people sometimes think themselves as being outside of the industry when they are doing works that are independently produced. In fact, they are part of the industry.”