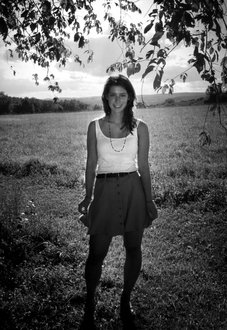 In 1922, the film considered to be the first true feature length documentary was produced: Nanook of the North.

This year, the film is being shown at FLEFF for its 90th anniversary, with an orchestra playing its score. And it is probably one of the things I am most excited about for the festival.

This isn't just because I am a Documentary Studies major, either.

Last summer, I went to a book signing event in Sharon, Connecticut, where my father works. One of the board members of the library where it was held, oddly enough, is Brian Ross, the senior investigative correspondent for ABC News.

I met him once before, when he talked to residents at the library about his book on Bernie Madoff. And we talked about how I was going to IC, where his colleague David Muir went.

I told him what my major was, and we discussed the difference between journalism, what I originally thought I was going to major in, and documentary. He explained it like this: in broadcast journalism, you only have time to tell the essence of the story, not all of it. That is why he wrote a whole book on his investigation of the Madoffs. But there's a trade-off, because you can tell the majority of the story in documentaries, with less of an audience.

Here's the interesting part. He talked about how he watched Nanook of the North in college, and since then I have always wanted to watch it but never had the opportunity.

With a film with this much history, including how the director, Rob Flaherty, caught the whole original footage on fire, why wouldn't you go to watch it at FLEFF?