Posted by Desoni Cooper at 2:52PM 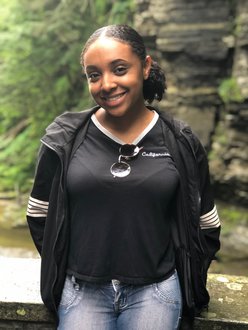 Throughout history, diversity in the film industry mainly consisted of White males while women and people of color fought to make their presence known. Several renowned film festivals like Cannes and Sundance lack representation in the area of race and gender for decades.

A recent study from the USC Annenberg Inclusion Initiative and Times’s Up Foundation showed that from 2017 to 2019, male directors at the top 5 worldwide film festivals made up 75% while female directors only had 25%.

This year’s FLEFF theme Infiltrates those hurdles. FLEFF embodies diversification by encouraging underrepresented multimedia, amassing women programmers, and permeating the role of film festivals. While browsing through the infiltration examples, I noticed the central theme is focused on confronting a set of barriers using unconventional approaches.

Ultimately, FLEFF emulates that example because of its interdisciplinary efforts to explore all forms of media. Fortunately, I have the privilege of experiencing this year’s theme through film, performances, artwork, and so forth.