EYES ON ICE - EYES ON RESPONSIBILITY

Posted by Mira Moreau at 9:43PM 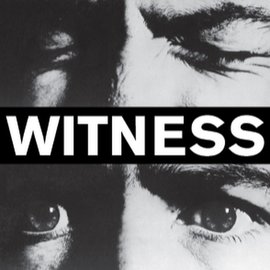 Standing less than a mile away from the US-Mexico border, I felt totally safe.

I spent three days learning about the culture of southwest Texas before a canoe trip on the Rio Grande. One afternoon during that cultural immersion, I sat in a Redford church courtyard sipping coke and smashing guacamole with Mexican high schoolers.

However, as students began to arrive, my instructor translated, “some of the kids are having trouble at the border.”

Border difficulties were a simple reality. Trump had just been sworn in. There was a lot of talk about “the wall.”

It wasn’t until the first night of FLEFF that I realized how complex that afternoon in Texas really was.

At the Eyes on ICE presentation, led by Diana Rosa and Palika Makam of Witness, I learned how to document interactions between ICE and their targets.

Keep your elbows at your waist. Always record with your phone horizontally. Get multiple angles. Stay on each angle for at least ten seconds. Stop recording if you feel unsafe.

Witness’s goal is to empower citizens to collect evidence that can stop deportation, indict abusive officers, and expose racism and bigotry. As I looked around the packed lecture hall in Ithaca, New York, I wondered how many of us in the audience would actually have that responsibility.

Then I remembered I’ve been to the border. I’ve met Mexican kids who may try to live and work in the US. I've exchanged Snapchats with kids that may be abused by ICE.

My first FLEFF disruption was the realization that the injustices Witness seeks to expose are not separate from my life. I have the privilege to stand at the US-Mexico border and feel safe. I have the responsibility to take action when others do not. I now have the knowledge to take action in a productive and safe manner.