Festivals: A Space of Conversation

Posted by Alisha Tamarchenko at 5:21PM 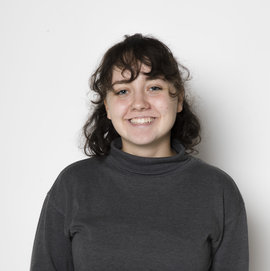 My idea of film festivals prior to my involvement with FLEFF was very limited. I saw small film festivals as curated screenings and large famous film festivals as something to aspire to as a documentary filmmaker. But how they got to be such symbols of power within the industry and how to ever get there was completely unknown to me.

Listening and speaking about FLEFF to Dr. Zimmermann and Dr. Shevory, as well as other contributors such as Professor Barbara Adams, Dr. Janet Galvan and Dr. Tanya Saunders, has been an eye-opening experience. FLEFF and any festival is so much more more than just a curated screening of films.

FLEFF is a multimedia event. This was a fascinating discovery for me – that a film festival could encompass more than just the traditional film medium. Dr Janet Galvan is the director of Choir Activities for the festival. Her and Dr Zimmermann illustrated for us the Tuesday night concert; a musical performance with video installation art and projections.

Cindy Hing-Yuk Wong, a communications professor at the CUNY College of Staten Island wrote the book “Film Festivals: Culture, People, and Power on the Global Screen.” The blogging intern cohort read this book in preparation for our involvement with FLEFF.

So far, I’ve learned that film festivals, including FLEFF, are so much more that just a series of movies shown at a series of events – it is a meeting place, an intellectual environment, multi-disciplinary and comprised of various mediums.