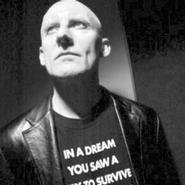 "The best way to see things is when your mind is flat," mused Pawel Wojtasik during his masterclass session on Wednesday.

After a screening of his 10-minute short film Dark Sun Squeeze, Wotjasik talked an intimate group of students and faculty through each shot of the film. When Dr. Zimmermann, co-executive director of FLEFF mentioned the stillness of each shot, it set off a fascinating tangent that gave us an insight into his personal philosophies.

The film opens on an indiscernible brown liquid, bubbling and flowing across the screen. As the film progresses, it becomes shockingly clear that this is human waste. Yes, that's right; Dark Sun Squeeze is a close-up examination of "huge amounts of shit" in the filmmakers own words.

As shocking as that sounds, Dark Sun Squeeze is an extremely beautiful film. Finding beauty in such harsh subjects is difficult, but Wotjasik succeeds. In order to accomplish such a feat, he described standing alongside the 30-foot long vats of material "until it did not bother [him]."

Just as he stood still to become comfortable with his subject, Pawel Wotjasik shot the film with little to no camera movement. Even though the camera remains stagnant, the subject matter ebbs and flows across the screen.

When discussing this creative aspect of his film, Wotjasik explained that the only way to truly see the world is when we can "be still and null."

Today in the age of endless BREAKING NEWS chyrons and 24-news cycles, it feels impossible to be still, to not be caught up in so much at once. But as Pawel Wotjasik described his philosophies with the stillness of the world, it has inspired me to take a moment, or perhaps many moments, to be still and really observe the world around me the way he has.