Posted by Kylee Roberts at 12:41PM 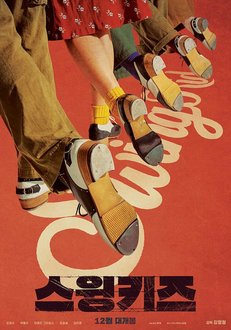 We’re three weeks away from FLEFF week and as an intern, I’ve been at the edge of my seat waiting for the opportunity to spill all of the incredible screenings Dr. Patricia Zimmermann and an array of FLEFF organizers have told us about. Although we will all try, attending all of the films, Q&A’s and events may be close to impossible; so, here’s to trying!

Directed by Melissa Haizlip and Samuel D. Pollard, this documentary focuses on SOUL! The first all-black entertainment show produced and hosted by Ellis Haizlip. From 1968 to 1973, PBS broadcasted the variety program hosted by an openly gay black man associated with the black arts movement. As a student of color that has been in predominantly white spaces my entire life, I’m disappointed (but not surprised) I had never heard of this show. I’m thrilled FLEFF is bringing this documentary, co-directed by Haizlip’s niece, because it is a prime example of mainstream, cultural disruption.

According to the film’s website, this feature documentary was created with the intentions to “spark an open dialogue about race, identity, and perspective among all people.” This 55 minute documentary dives into the lives of black girls in predominantly white, suburban communities: An experience that I have been fully immersed into since being at Ithaca College. Growing up in a predominantly white community obstructs the lives of the minority and the white people that surround them. For better or worse, these experiences are important to bring to light.

Set during the Korean War in South Korea, Swing Kids is the only musical playing during FLEFF 2019. The concept of the film is definitely out there: A group of misfit soldiers in a POW camp plan to have a tap recital to divert their attention from the war. This production, directed and written by Kang Hyeong-cheol surprised me on the FLEFF lineup; and as a former tap dancer, I’m incredibly excited to watch this film.

When Co-Director of FLEFF, Dr. Patricia Zimmermann, was asked who was going to be on the Disrupting Everything Panel, she smiled and replied, “Everyone.” This panel is free and comprises more than eight visiting filmmakers and distributors who work will be shown at FLEFF. If you’re interested in hearing from the artists, engaging in conversation or are dying to ask a question, this event will be perfect for you.

This year at FLEFF, Kelly Gallagher’s feminist, experimental animations will grace the screen with vengeance: Reminding us all that women deserve a seat at the table and a notable collection of herstories. Kelly Gallagher disrupts the expectations of film animation, using mixed media techniques to create short films that tell stories of resistance. Every second of each film cannot be looked away from. Read more about Kelly Gallagher in my blog from March 7.