Five Lessons From Five Years After My First Festival

Posted by Edward Willshire at 1:55PM 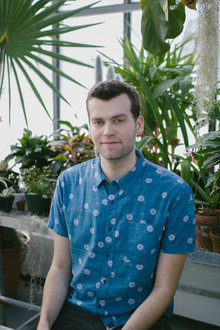 Montclair, New Jersey, 2014. I arrived early to make sure I didn’t miss a thing. My 2-minute short had been selected for the Grand Prize in the “School or other Group (+5)” category.” The film was screened on a loop with the other winners in a small theater on the second floor. The main event was a cocktail hour with festival coordinators and the rest of the students selected in the Montclair Film Festival “Kidz Shortz” program.

As a sixteen-year-old who had lofty dreams of filmmaking, I was convinced that this was going to be the first of many festivals I would attend to screen my own films.

At that time, all a film festival was to me was a competition to be won. Now, five years later, I can look back and identify five things that I missed during that first festival experience in Montclair:

Festivals are not to celebrate one filmmaker. In fact, they aren’t even exclusively about filmmakers. We have award shows and the Academy of Motion Picture Arts and Sciences for that. Festivals are meant to bring together individuals from a multitude of disciplines at all stages in their careers to pull ideas that challenge. No single festival attendee or exhibitor is more important than the ideas that are birthed in screenings, Q&As, and lobby conversations.

Montclair Film Festival doesn’t have a point of view and neither does FLEFF. Instead, what festivals attempt to do, is foster an environment in which the point of view of individuals can be explored. Although it isn’t even just individuals. Festival films can even lead to large political movements.

Dr. Matthew Holtmeier, a Festival Outreach and Engagement Coordinator for FLEFF, has written about the connection between festival films and politics. In an interview he explained, “the conversations lead to, if not activism, the formation of political identities and the production of our subjectivity. That is part of the festival going experience."

Until my first FLEFF experience in 2016 and my full immersion into an environmental film festival, I didn’t consider how Montclair’s identity as a town that supports artists contributed to the environment I experienced in 2014. This was a result of my own ignorance and FLEFF drew my attention to it.

My attention was also drawn to Ithaca’s identity as a City of Asylum when FLEFF literary programmer Barbara Adams briefed the FLEFF bloggers during our seminar on February 12. She also wrote about it in her FLEFF 20 on 20 essay, “Writers' Refuge, Community Challenge.”

This feeds into FLEFF which has always welcomed artists from all around the world. The festival continues to seek out the connections between our lives, the lives of artists and their art, the Finger Lakes Region, and the rest of the world.

It’s no coincidence that most film festivals name themselves after the city/region they are held in. Location is important and FLEFF is no exception.

The term “safe space” is quite loaded in today’s political rhetoric. There’s no clear definition of what constitutes a safe space or what it is supposed to accomplish:

Merriam-Webster defines it as, “a place (as on a college campus) intended to be free of bias, conflict, criticism, or potentially threatening actions, ideas, or conversations.’

A safe space as it pertains to a film festival doesn’t line up with the language used to define it in most dictionaries. Festivals are inherently a place to be uncomfortable. They are places that invite ideas and conversations that ruffle feathers and motivate dialogue. Getting out of your comfort zone is a part of the festival-going experience.

At the same time, festivals facilitate the right environment for discomfort without fear of harm or danger. Historically, marginalized groups have used festivals as a common ground to exchange ideas and experiences without the risk of further discrimination from those outside their communities. Festivals like the New York Latino Film Festival or the many queer-themed festivals that are held internationally throughout the year have created a lineage of safe, inclusive spaces for marginalized artists to gather and grow the conversations that couldn’t normally be had in industry-focused festivals like Sundance.

While FLEFF may be one of hundreds of film festivals to work in collaboration with a college or university, it is one of the very few that is not a student film festival. Student festivals are important for student filmmakers, but they are not the robust hubs of ideas that environmental film festivals like FLEFF can be.

Thanks to the connection to Ithaca College, FLEFF attracts scholars and educators from colleges and universities all around the world. This has been an important part of FLEFF since its origins at Cornell University and it will continue to be as the bond between the festival and college communities grow.