Five Things I Did Not Know About Film Festivals 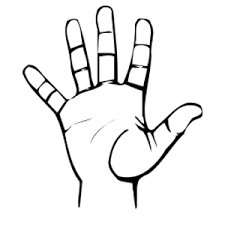 1. Choosing the films to screen during a festival is no easy task.

It involves paying close attention to what is going on in the world, what factors influence the region of the film festival, and what films have already made a splash in preceding festivals. Combine those three factors plus the image the festival is trying to portray, and curators still have hundreds of thousands of films to choose from. Once certain films are chosen, actually obtaining them is an entire other battle in itself, which further influences the decision making process. Curating is not as simple as it may seem looking from the outside in.

I have always associated movies with big budget productions that are shown in mall movie theaters. FLEFF has exposed me to whole new world of shoestring budget films, produced and directed by artists who aim to make a difference instead of money. Because of this, I have found a new value in film. For me, it is not longer solely an entertainment industry. Instead film is an industry that can take political platforms, change mindsets and induce transformations in society.

Going off of what my previous point mentioned, film can encompass a political platform. Whether the subject is based on political concepts, hold subtle undertones, or expose a side of a story that has previously been hidden, many independent films carry a deeper meaning. With this possession, statements are made, opinions are created and problems are introduced into a different realm of debate. Independent film can shift the power away from government structures and breaks down political matters for the general public to comprehend. Film gives a face to these issues.

4. Festivals are not just composed of film.

Before becoming a blogger for FLEFF, I thought film festivals consisted on cinephiles watching movies for hours. While this is certainly a part of film festivals, it is not the only aspect.  On the Monday during FLEFF, there is a tradition to appeal towards the sciences. This year, biotechnologist and artist, Paul Vanousse is speaking on his newest endeavor. This is just one example from one film festival, but it leads me to my next point.

5. Festivals, including FLEFF, give space to concepts and ideas that normally would not have a space to be showcased.

Many of films shown at festivals like FLEFF are banned in their native country, or have at least sparked some controversy. Other films are unknown to the general public before they are premiered at a film festival. Either way, these films are given a space where they can be discussed and given a true cinematic experience.