Posted by Julianne Grillo at 5:47PM 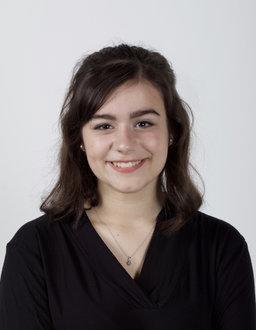 Many of my preconceptions were misguided. Some flat-out wrong.

I would not yet consider myself an expert in festival culture, but I do feel qualified enough to share five things I’ve learned about festivals in my first month interning for one.

Every festival has an agenda. As audience members, we often forget that events are carefully constructed for an intended experience. Film festivals are no different. Programming, in particular, is an extremely detailed and attentive aspect of the modern film festival. What films you show, when you show them and who you bring to speak about them are all points of consideration. Through our blogging seminar, the interns have learned extensively about festival customs. For example, big-name festivals all feature a “big white whale,” or a blockbuster film that appeals to the white male demographic, early on to garner an audience. Festivals are calculated affairs and hard, hard work.

Festivals vary. Well-known festivals like Cannes or Sundance are considered “market-oriented” festivals. Their screenings are less for a broad audience and more for a broad population of potential distributors. Berlin International Film Festival is a geopolitical festival that features new independent and arthouse films, current trends in German cinema, films made for younger audiences and retrospectives on classic films and filmmakers (to name a few). Festivals range from big to small, from market-oriented to curated. The Finger Lakes Environmental Film Festival (FLEFF) exemplifies a medium-sized curatorial festival. No competition, no blockbusters, no prospective distributors. A place for intellectual discussion, artistic freedom and societal reflection.

No, you will probably not know any of the films being screened at a festival like FLEFF. And that’s a good thing. If you want to see the latest superhero movie, there are plenty of opportunities to see that at your local multiplex. Festivals provide a space to screen films and new media you will not be able to see anywhere else. Historically, the global festival scene has catapulted numerous famous independent media makers. This space produces discourse. The festival world is a unique access point to artistic cinema and leeway into the entertainment industry. As FLEFF co-director Dr. Zimmermann said, festivals are where art and business meet indie.

At festivals like FLEFF, intellectual conversation is all around you. From post-screening discussion with the filmmakers to political conversations you start with the person sitting next to you, the festival is the place for informing and igniting viewers. It’s a place for immersion. Festival-goers are not passive observers, they are participants.

Without a doubt, there is something for everyone at a film festival. There is potential for exposure and enlightenment when you exit your comfort zone. You do not have to enjoy horror films to gain something from Kill Me Please. You do not have to understand the intricacies of fracking to appreciate Unfractured. Although these are niche topics, there is an appeal for any and all audiences. Erase your preconceptions and see what you can learn.

*A professor of mine said this last week in a different class. I found it applicable to this post and this festival, especially considering the interdisciplinarity.