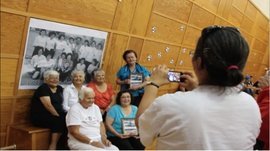 “The land is stolen, full stop”

Geographies describe and map spaces in order to correlate them to a particular orientation. These spaces include the material land on which imaginary and virtual boundaries are constructed.

Ontologically, the material land itself exists and has existed long before the establishment of borders or nations.

Western Civilization as a construct involves the genocide of millions of indigenous people. These atrocities formed the shape of America seen on a map today.

The quote at the top comes from William Jamal Richardson, a sociologist and scholar from Buffalo NY. In discussing colonization and socialist political theory on the podcast Millennials Are Killing Capitalism, he talks about the process of decolonizing stolen lands and who gets to decide what the decolonized world looks like.

Richardson argues that replacing the imperialist, capitalist eurocentric hegemony in the United States with a socialist society without giving control of the land back to the indigenous people does not constitute decolonization.

The analogy Richardson gives equates decolonization to the possession of stolen goods. If the police finds an individual with stolen goods, the goods get repossessed.

In the Invisible Geographies FLEFF exhibition, new media project Kwanxwala-Thunder reappropriates ethnographic imagery from the 1914 film In the Land of War Canoes over the narratives of First Nations people living in Alert Bay on Cormorant Island.

The ethnographic filmography of Franz Boas and Robert Gardner as well as their contemporaries such as Robert Flaherty construct false histories and identities for indigenous people.

Kwanxala-Thunder utilizes the stories of the First Nations people to counter the arguments posed by the earlier ethnographic works. In doing so, the film provides a framework in which to produce decolonized art projects.

To Flaherty, the Inuit people at once exist as the other and arrange their families just like the settler colonist. At no point in his film does Flaherty give the Inuit people the agency to tell their own story.

Kwanxwala-Thunder organizes the voices of the Thunderettes football team as a collective group with a multiplicity of voices and stories rather than focusing on one central character. The team’s name comes from the Thunderbird, a reclamation of an indigenous figure after years of cultural erasure. The history of the team then intersects with that of residential schools.

Residential schools, mandated by the Canadian government, punished the use of any indigenous languages, forcefully erasing the culture from First Nations peoples.

The remains of the schools, marked with graffiti, get torn down by the indigenous people. The First Nation people commemorated the deconstruction of the federal instituted school with a ceremony in 2015. Many former survivors of the school attended the event, some of which returned after years away from Alert Bay.

The interaction between indigenous people and the colonizers of stolen land show the overlap of natural and constructed geographies, intersecting one another and changing the spaces on which they lie.