Posted by William Hopper at 6:44PM 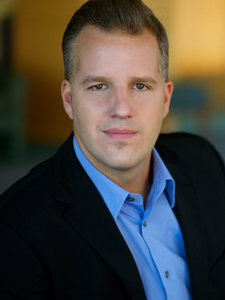 By Will Hopper, Cinema and Photography with a minor in Honors, '22, FLEFF blogging intern, Harvard, Massachusetts

One of the first big events at the Finger Lakes Environmental Film Festival doesn’t involve any films. Before the festival films begin screening at the Cinemapolis, FLEFF offers a combination of different mediums and performances that create the Infiltrations Concert.

In the concert, Marc Webster will perform as an operatic bass singer. He currently works as a member of the voice faculty at the School of Music and has been at Ithaca College for 10 years. His first encounter with FLEFF occurred last year when he performed at the Disruptions Concert.

The FLEFF concerts flow without any breaks like films. Webster describes that the concert last year involved consecutive performers acting as scene partners in the solo performances. This creates smooth transitions and allows the music to flow seamlessly.

For Webster, the FLEFF theme plays a critical role in selecting material for the concert. For the theme of Infiltrations, he chose a contemporary piece by Mark Adamo called Kennst Du Das Land from the Little Women Opera.

In the context of the opera, Friedrich Bhaer first sings the song in German to Jo March. Webster explains that “it infiltrates her heart in that moment and really has an effect on her. She’s taken by it even though she doesn’t know what it means.”

Webster will also perform with Daniel Bates, an Ithaca College alum, who sings as a tenor. Together, they will sing a musical theater duet from The Secret Garden. Webster says, “The act of engaging with a musical theater repertoire would be something we’d both love to do and have wanted to do, but we don’t always have opportunities to do so professionally.”

Webster became interested in singing opera because of its storytelling capabilities and ability to communicate with audiences. He feels fortunate to “honor the integrity of a piece of music and use it to reach into the world to affect change”.

Webster sings a lot of Mozzart, Handel, and early opera music. The opera he loves the most consists of music composed by Giuseppe Verdi. He also grows increasingly fond of Bel Canto music, which includes works from Rossini, Bellini, and Donizetti.

When preparing for opera performances, Webster typically receives an assigned role and independently prepares the material. The rehearsal process lasts around three weeks, which consists of putting together the production according to the vision of the director and composer.

FLEFF, however, gives artists more autonomy and individual decision making. Webster believes that it offers more flexibility and allows for creative improvisation. He also adds that each performer shares the responsibility to move an audience at FLEFF concerts and that he enjoys collaborating with other musicians.

The Infiltrations Concert will take place on Tuesday, March 24th, at 8:15pm in Hockett Recital Hall.