Posted by Shawn Steiner at 9:05PM 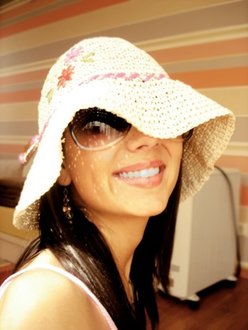 Welcome back to the FLEFF blog! Glad to see you are still checking in!

Today we have some proof of how this festival is truly international. Here at FLEFF, within our group of interns, we have Neli Gacheva. She is a freshman here at Ithaca College who hails from Bulgaria. She’s pretty far from her hometown. But she’s here working with the festival.

Here's Neli describing what her FLEFF experience has been like to date:

February is already over. March is already here. April is just around the corner. Now, FLEFF week is approaching with the speed of light.

My name is Neli Gacheva from Plovdiv, Bulgaria. Currently, I am a freshman Cinema & Photography major at Ithaca College.

A week ago, I was tabling at Cinemapolis as part of my internship at the festival. Sitting at a small table, I had to convince people to come see movies at the festival.

At the interns practica course, they taught us the importance of appealing to a large group of people. Focusing on the pros and cons of tabling and what was at stake if we do not fill the house.

When I first heard about my assignment, I thought it was going to be an easy job. First, because I was going to be talking to people at the cinema, already known moviegoers. Second, because I knew FLEFF was already well known in the area.

However, as it turned out people were not willing to stop for very long. So I had to come up with a strategy to get as much information out as fast as possible. (Shawn: As the other intern that afternoon I can vouch that Neli did an excellent job.)

But, the people who actually had time to stop by the table demanded to know as much information as possible. (Shawn: Here's some!) Hence, I came to understand the importance of one of the key points always made at the FLEFF practica: “Learn, read and know everything that has to be known in order to be a trustworthy employee and to attract as many people as possible.”

Thank you, Neli,  for sharing your voice. Now, if you see her walking around campus or at Cinemapolis,  ask her about FLEFF. She’s ready.

Finally, check back in at FLEFF INTERNS VOICES as much as possible. All of our interns are working really hard to get the information out. Make sure to buy a pass for the festival!

P.S. If you have a good story idea check out our FLEFF Story Contest! And if you don't: think one up and write it down.

You still have plenty of time for this chance to win $500 dollars!