Posted by Shea Lynch at 3:18PM 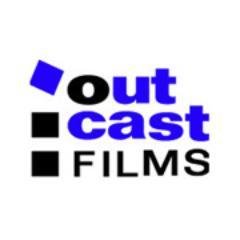 "Through the use of new media and film, Outcast Films works in collaboration with filmmakers to engage audiences around social justice and environmental issues."

Vanessa Domico, founder and director of Outcast Films, has been a FLEFF supporter for many years and is presenting the groundbreaking film Children of Srikandi.

"Children of Srikandi is an important film because it adds an incredibly valuable perspective to anyone interested in women's issues and queer issues in Southeast Asia," said Domico.

Outcast focuses on politically-charged issues like gay marriage and meth addiction, to intimate explorations of sexual identity and self-acceptance. Since its founding in November 2004 and public launch the following February, Outcast has tackled the most pressing issues in the LGBT community and, in the process, picked up the additional goals of public education and personal activism.

"We work in collaboration with filmmakers to develop strategic marketing and sales initiatives aimed at academic and public library markets as well as other non-profits and NGO's," said Domico.