FLEFF Not To Be Missed: Meet Up With Helen De Michiel!

Posted by Yukino Kondo at 5:08PM 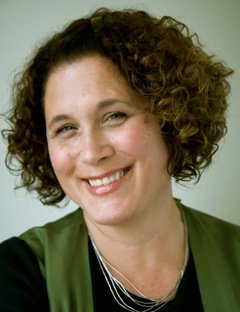 I have not been keeping up with the blogging in a while but I am back! And this time, this is a definite!

I wanted to let you all know that there is a meet up with Helen De Michiel at 1:10 pm in Park 220 on April 14. She will not actually be there because she will be in Madagascar. However, the meet up will be a live skype with her to Madagascar!

Helen De Michiel is a director, writer, and a producer. She is a founder for Thirty Leaves, which is a production organization “to frame independent media work [she] generates and collaborate with others to create.” She is currently also a co-director at National Alliance for Media Arts and Culture. Her efforts are put into film, television and video installations. Her feature film, Tarantella was shown at the Seattle Film Festival and the Mill Valley Film Festival in 1995. She holds a MFA in film and visual arts from University of California, San Diego.

This event is quite exciting for probably most aspiring filmmakers and me because firstly, the event gives us a chance to meet up with a successful filmmaker and hear stories from her. It is always helpful to talk to those who are in the business and gain knowledge about the real world. Secondly, I am interested in how a skype conversation would work in an environment with a lot of audience. I am so used to skyping my friends one to one that I cannot imagine how it would be like with multiple people. It is an indication of how useful technology can be and how far it has come.

So, please, come to the event! It will be an interesting experience for all us, especially students who are studying film.