Posted by Rebecca Cox at 5:04PM 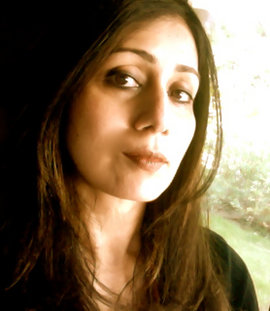 In 2003, Mara Ahmed held the title of Senior Financial Analyst in Rochester, New York. Just a short year later, Ahmed began her career as an artist and later a filmmaker as she quit her corporate job.

“My true passion has always been art and film,” said Ahmed. “I’ve never looked back and I’ve never been happier.”

In 2006 Ahmed began production on her first film, The Muslims I know. While taking a documentary class at the Visual Studies workshop in Rochester, Ahmed transformed 30-40 hours of raw footage into an hour-long film. In 2008, her film The Muslims I know made its debut at the Dryden Theater in New York.

As a Pakistani native, Ahmed’s films are relevant to her home country among others. Last year, her third film, A Thin Wall debuted after she and her co-producer Surbhi Dewan spent nearly seven years in production.

The film follows the older generation who experienced the 1947 Partition of India that lead to the creation of Pakistan and India as their own countries. The film takes place in Lahore, Delhi, and New York.

Both Ahmed and Dewan who is from India, have personal ties to the Partition. According to Ahmed, it was urgent to document the history through film since one day the generation who experienced the Partition first hand will be lost.

Today, there is still hostility between Pakistan and India. According to Ahmed, both countries have not been able to get over the trauma.

“Nationalism is something I question and want to explore,” said Ahmed. “We wanted a balanced film that could tell stories from both sides.”

It is estimated that nearly 14 million Sikhs, Muslims and Hindus were displaced due to the partition. This would categorize it as the largest mass migration of humans in history.

Both India and Pakistan face still face the consequences of nationalism today.

The film raises the question of religious minorities. In Pakistan, 1.6% of the population is Christian. These citizens, as well as other non-Muslims, are forbidden from ever becoming Prime Minister or a judge.

In India, the minority issues are just as substantial. Muslims make up only 14 percent of the population, which is not much compared to the 79 percent of people who practice Hinduism in India.

In 2002, Muslims were blamed for the fire set to a train carrying 59 Hindu pilgrims returning to Gujarat, India. This resulted in what is known as the Gujarat Riots where about 1,000 people, mostly Muslim, were killed. Beyond that, 20,000 Muslim homes and businesses were also destroyed and 150,000 people were displaced.

Not one person was arrested for these riots.

According to Ahmed, the results of nationalism and its negative effects are global.

“It’s not just about India and Pakistan, it’s about colonialism and nationalism,” said Ahmed. “It’s a very universal film especially based on the world today.”

Mara Ahmed will be a FLEFF guest and A Thin Wall will screen at 7 p.m. on March 31.