Posted by Sophia Feuer at 6:15PM 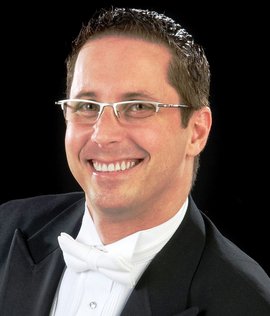 One unique feature of The Finger Lakes Environmental Film Festival (FLEFF) is the bringing together of talented musicians from all around the world to collaborate here in Ithaca. Mr. Jairo Geronymo is a musician who will be traveling from Berlin, Germany to attend FLEFF this year. He will be performing several pieces in collaboration for the festival’s opening concert.

This will not be Mr. Geronymo’s first experience with FLEFF. He first performed at the festival in 2005 and says, “since then it has been wonderful to collaborate with so many faculty members across campus in productions with actors, dancers and of course, many musicians.” In fact, Mr. Geronymo explained to me the collaboration process that he undertakes in preparation for performances such as FLEFF.

Mr. Geronymo was born in Brazil, later moving to the United States to receive his masters and doctorates degrees. He has taught at various universities, including his latest position at Ithaca College as an Assistant Professor of Piano.

Mr. Geronymo now lives in Berlin where he teaches in the University Preparation Program at Leo Kestenberg Musikschule, while also conducting a Piano Orchestra and leading several workshops across Europe. To top it off, Mr.. Geronymo is also an active performer and has written a Sight-Reading book. For all these reasons, Mr. Geronymo has much to bring to the table in the artistic process of collaboration, which he has often found to be an international experience.

There is an immense amount of work that goes into each piece that you will hear and see at the festival this year. “We start the planning for these concerts generally one or two years in advance,”  says Mr. Geronymo.

“As the Festival time approaches these ideas are customized to the Festival Theme and we invite some other faculty members to collaborate, according to the Festival and Concert Themes,“ Mr. Geronymo remarked. The next step is to make a proposal to Dr. Patricia Zimmermann and Dr. Thomas Shevory regarding the pieces, title, and overall character of the concert. Then, the ideas are discussed, improved, and hopefully approved. By this point, Mr. Geronymo has already been in contact with various artists and members of the FLEFF staff to plan the logistics.

Mr. Geronymo’s international and vast experiences have played a role in his inspiration, saying “musicians can be inspired from everything, everywhere, all the time.” He explained the importance of of being open in in touch with life and what is happening in the world.

To see Mr. Jairo Geronymo, come to the FLEFF Opening Concert on March 29th. Mr. Geronymo guarantees “that it will get you talking, listening, looking, thinking, living!”