Posted by Kimberly Capehart at 12:33PM 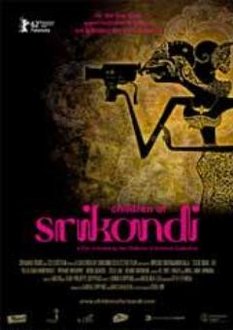 As FLEFF is quickly approaching, it's time to start giving some thought to the films YOU want to see downtown at Ithaca's very own independent movie theater, Cinemapolis.

The full lineup of films is posted here. And while you may have high ambitions to see all 20+ films playing at Cinemapolis, due to time, space, and physical restrictions of your own body failing to be in two places at once, you're going to have to pick and choose eventually. I know, it sucks.

It was hard enough for me to pick ONLY 3 films to put on this list, but here are my top three choices.

#1: Anak-Anak Srikandi / "Children of Srikandi" (Indonesia, 2012) - As a Documentary Studies and Production major, there's a special place in my heart for documentaries all of kinds. This documentary tells the stories of eight young queer women in Indonesia as they face various challenges in "coming out." In addition to being the first film about queer women from Indonesia, it is also the first film made by queer Indonesian women: two huge milestones from a rather conservative country. Both the film's distributor, Vanessa Domico, and producer, Laura Coppens, will be attending the festival.

#2: On The Road (Walter Salles, USA, 2013) - Based on the novel by Jack Kerouac, On The Road tells the story of three young people as they escape the confines of everyday life by traveling across the country. Featuring hunks Garrett Hedlund (Troy (2004), Tron: Legacy (2012)), Sam Riley (Brighton Rock (2010)), and lady-hunk Kristen Stewart (The Twilight Saga (2008-2011), The Runaways (2010)), the film promises to win over pop culture fanatics and Kerouac-lovers alike. I once saw a documentary about writer Ken Kesey's trip across the United States in which Neal Cassady, the person who inspired the character of Dean Moriarty in Kerouac's novel, led Kesey's "merry band of pranksters." Seeing his real life persona in a very similar context makes me excited to see how Salles represents it in On The Road.

#3: The Water Front (USA/Canada, 2008) - Another documentary, but very different from Anak-Anak Srikandi. This film explores "the story of an American city in crisis." Highland Park, Michigan, the birthplace of the auto-industry, is very close to facing financial collapse. In order to resolve this problem, one politician has raised water rates. Now, residents must deal with soaring costs of waters bills and having their water shut off. The film not only confronts the problems associated with the water distribution, it takes a look at the politics behind the entire situation, and in that way, reminds me of Dear Governor Cuomo (a film that will also be playing at Cinemapolis). The film's director, Liz Miller, will be in attendance.

Be sure to check out the rest of the lineup so you have your FLEFF game plan all set when the festival rolls around. Also make sure to keep checking back to see the lineup of films and events that will take place on the IC campus.

What are you looking forward to at this year's FLEFF?