Posted by Colin McCann at 9:00PM 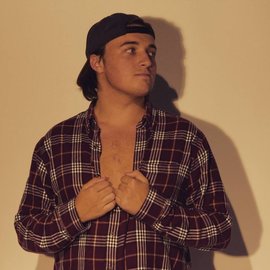 Before I became a FLEFF blogger, I almost knew nothing about how film Festivals operated. Besides Sundance, there were 3 film festivals I could name, and they were all local.

Tourism in the Off-Season: Film festivals are a great source of tourism for the cities they’re held in. Film Festivals are normally held in the offseason for the area they are being shown in, whether it be too cold or too hot (it’s always too cold). The reason it’s held in the offseason is that the cities want to increase in revenue during times the city would see less of it. An example of this is would be Sundance. The Sundance Film festival is held during the coldest part of the year, it’s too cold to go skiing, so everyone goes and attends the festival. FLEFF is being held defiantly not during the coldest time in Ithaca but it’s still going to be Cold. Dr. Zimmermann has told us that in the past they held the festival too late where it’s too warm out. Students didn’t show up because they were finally able to venture out of their dorm and be outside. No one wanted to spend the day inside watching movies in fear that the sun wouldn’t show its face again. That’s why FLEFF is being held during the winter season of Ithaca where you can still see snow on the ground.

Business: I found it interesting that a big part of Film festivals are its Business deals and networking platforms. The films we typically see are the ones that get picked up from business deals done at Film festivals. But many films will go unseen after their run at the festival if they aren’t picked up. For FLEFF I am excited to see what films are shown for the very reason they might never be shown to me again outside this festival.

Entertainment: Another aspect of FLEFF I was excited to found out about was all the talent that’s going to be there. The festival won't only just shows films but musical performances, guest speakers and so much more. I’ve been going to Ithaca College for 3 years now and I always thought FLEFF was just movies. I am glad that this is not the case. I can’t wait for the orchestra concerts, live music accompaniment to a silent film and the many speakers that are coming.

I hope to see you all at FLEFF, please come talk to me about all the films and talent you are going to see.