Posted by Sean Themea at 3:44PM 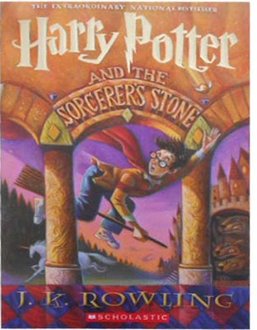 In the packed auditorium, nearly every college student’s hand up shoots into the air.

“And who likes social justice?”

“Well, those of you who like Harry Potter, come talk to us.”

While a student at Brandeis University, Seth Soulstein and his friends formed a comedy troupe known as The Late Night Players. After graduating in 2002, they took their act to college campuses across the country.

Laughter was a means to an end for Soulstein. Promoting social justice was the goal. To change the world, the comedian incorporated the world’s most popular boy wizard into his act: Harry Potter.

J.K. Rowling’s literary hero was dominating discussions on the internet and on the college campuses at which Soulstein performed. When dissecting the wizard’s adventures, people would address social justice issues like genocide, bigotry, and inequality. The comedian saw this as an opportunity to call these fans to action beyond the message boards and dining halls.

Under the name “The Harry Potter Alliance,” Soulstein and the Players released a parody video raising awareness of Walmart’s alleged exploitative labor practices.  The sketch became one of the first YouTube videos to reach 1 million views. More importantly, it helped put Walmart before the court of public opinion. The corporation eventually responded to the video and changed several policies.

Building off the video’s success, Soulstein co-founded the official Harry Potter Alliance. While continuing to tour with his comedy troupe, Soulstein helped establish HPA chapters at schools and in communities across the globe. Today, hundreds of chapters have formed in over 25 countries.

Through their massive network, the organization has successfully executed international social justice campaigns, such as providing relief for the 2010 Haiti Earthquake and creating a global book exchange.

Many activism models use agitation to enact change. The Alliance prefers to make change through collaboration, and winning through an abundance of love.

“This new model of activism works,” Soulstein claims. “The proof is not in the pudding, but the chocolate.”

He refers to the activism project “Not in Harry’s Name.” When Warner Brothers’ chocolate products received an “F” grade for labor conditions, the Alliance launched the campaign, collecting signatures from hundreds of thousands of fans calling for change. In meetings with the entertainment giant executives, the Alliance offered them a win-win solution: switch to fair trade practice. By doing so, Warner Brothers would do more than take a stand against slave labor. They would also prove to fans that the company shares the same values as their beloved boy wizard, who would never approve of such working conditions.

In December 2014, Warner Brothers announced that they would shift the entirety of their chocolate sourcing to fair trade. The Boy Who Lived is no longer complicit in labor injustice.

Soulstein’s experience recruiting college students and beyond proved that the Harry Potter series provides fans with more than just a window to a fantasy world. It provides a window to change their own world for the better.

“People said ‘we love these stories, and we want to emulate what the character in these stories is doing,” he attests. “Engaging with stories is a way to engage with the world.”