I am Not a Throwaway: FLEFF Recap

Posted by Rachael Lewis-Krisky at 11:06PM 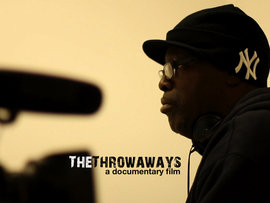 The Throwaways by Ira McKinley brought to light an often-ignored issue in the United States: mass incarceration.

As a black man and ex-felon, McKinley has a deeply personal relationship to the issues that come with mass incarceration, all of which he raised in the documentary, such as food deserts, over policing and violence, the degradation of inner city schools, abandoned neighborhoods, and lack of access to health care.

The systematic attacks on communities of color need major counter actions. In the personal, reflexive and revealing documentary McKinley encourages viewers to take charge of their communities to stop the extreme injustices at hand.

These people are not just McKinley’s allies  – they are ours too. A problem for a fellow citizen is a problem for me. Stop mass incarceration and join the fight. Truly, the burden belongs to us all.