Posted by Melani Lopez at 3:46PM 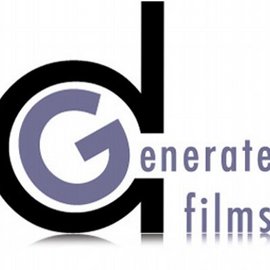 This is a dialogue and the panelists are in agreement. Trouble is brewing for state of international film distribution today. The art is still alive, the production is still flourishing, but the culture is failing.

Gutierrez states that the problem lies in the audience. The problem is in the commercialization and lack of discussion of cinema; there are viewers lacking for international films.

"Everyone is going to cinema right now, but there's a big disconnect with the thriving nature of film, and with how we engage with cinema."

Chien is in agreement saying it's very common to hear the phrase: "Film is dead". But this is an exaggeration. She describes how art house cinema is slowly losing audience because it's becoming a more elitist art form.

"We haven't done the job of cultivating an audience. The M.O. of independent filmmaking is, build it and they will come."

She goes on to describe how there is some reason for hope, including new digital platforms available for viewing films, but these new platforms are not without their own set of problems. Many are not monetized, and without money coming in, then the industry remains in trouble. Brandao echoes this idea and takes it a step further, saying there is also a problem of diversity lacking in these spaces.

"There is so much great cinema and we would all gain a lot if we could watch films from places all over the world that see cinema in a different way. We are losing culture and that's problematic."

As Dr. Andrew Utterson continues questioning, exhibition of international films are called to attention. Where exactly do these companies seek to place their films?

Brandao opened by stating that "festivals are critical to keeping culture alive". The festivals create a place where audiences can talk about cinema, where diversity flourishes, and cinema "doesn't exist in a bubble". There is a special attempt to gather a community and bring people together.

Chien, coming from a more specific film distribution company states that it depends on the film. dGenerate films prioritizes sending money back to the Chinese filmmakers, so much of that is found in the educational market.

Gutierrez emphasized the need and desire for the films to reach a larger audience. He brings up how the distribution section of filmmaking needs to catch up the the production of filmmaking in the sense that we need to break away from national cinema and "create a larger dialogue". How can we create a better structure to show the connections already being made among filmmakers.

"It doesn't matter where people see the film. It matters more that people want to see and look for the film. Ideally, people could watch these films anywhere."

Brandao seconded the idea. People want these diverse experiences. They're new. They're exciting. Interest needs to be reignited through mixed programming. We can't just have national cinema.

"We want to be challenged."

If you want to know more, check out Sam Stanke's coverage on the panel.

Be sure to come join FLEFF at 4PM  in Clark Lounge for the "How to Get Your Break" Panel with filmmakers and distributors.

What are your thoughts on the state of national cinemas today?