Posted by Kimberly Capehart at 8:58AM 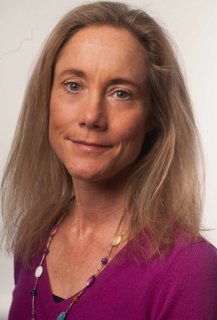 March 3rd is only a few days away, which means that in just five days, the Upstate Filmmakers Showcase will be occurring downtown at Ithaca’s local, independent movie theater, Cinemapolis.

For those who don’t know, all profits from the showcase will go to support Cinemapolis in its complete digital conversion. Sadly, the days of 35 mm film projection in theaters are extremely numbered, and every theater that wishes to survive in the modern multiplex business needs to make sure they’re ready to compete in the digital marketplace. For Cinemapolis, this means equipping all five of their theaters with brand new digital projection systems. You can read more about the technological aspect of it here.

As suggested by its name, the Upstate Filmmaker’s Showcase will be featuring work exclusively from filmmakers in Upstate New York. I recently spoke to Carol Jennings, an upstate filmmaker herself, and the director of the Park Media Lab at Ithaca College, about Park Productions’ contribution to the showcase.

Park Productions is a media production company stationed on the IC campus that is staffed exclusively by Park students. The company primarily works on collaborative projects with non-profit organizations within the Ithaca community. Through their client-driven work, Park Productions gives students professional experience in media production.

In 2011, in collaboration with the Visitors Bureau and the Chamber of Commerce, Park Productions produced a series of webisodes that “showcases popular destinations” and “highlights the unique natural beauty of the Finger Lakes Region” in order to promote tourism in the region. Finger Lakes Uncorked! “follows the adventures of a fictional character Craig Vinholtz, a magician and wine enthusiast living in the Finger Lakes region of New York.”

The production team for the project was composed of students, faculty, and alumni who worked closely with the Visitors Bureau and the Finger Lakes Wine Country to produce all nine webisodes. The series, which was intended to be a “social media release,” as Jennings puts it, premiered at FLEFF in 2011 and hit the web shortly after.

Jennings says her favorite part of the festival is seeing the “continuity of students, alumni, and professionals,” much like the combination that worked on Finger Lakes Uncorked! “It’s great to see former students come back as alumni, and then to come back even later on as professionals. Everyone looks at the work of current students and can offer suggestions and talk about their past work at Ithaca.”

Episodes one, two, and four will be shown this Sunday at the Upstate Filmmakers Showcase. They are also available for viewing on YouTube and on the project’s official website.

Jennings says she is “honored that Park Productions is included in the group of incredibly talented filmmakers” who will be showing their work at the showcase. “We have an amazing pool of talent in the area,” she concludes.

Be sure to come out to Cinemapolis this Sunday, March 3rd to support your fellow Ithacans, Cinemapolis, and Upstate New York art!