Posted by Sydney Augustine at 11:36AM 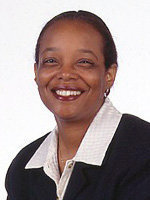 As I arrive at Job Hall, I am immediately greeted by the word DISRUPTIONS in bold red lettering. It is impossible to miss, despite being surrounded by numerous study abroad flyers.

This year’s FLEFF poster is placed clearly on the door that provides entrance to the Office of International Programs and Extended Studies.

This is where the office of the Assistant Provost of International and Extended Studies is housed.

Dr. Tanya Saunders welcomes me with a firm handshake and a warm smile when I enter her office.

Rays of sunlight stream in making the vivacious plants in the room appear even greener and illuminating a large bookshelf filled with Dr. Saunders’ love for literature.

As Assistant Provost, Dr. Saunders is in charge of the academics, policies, and procedures of multiple programs, including Study Abroad, Honors, and Exploratory.

But as I sit with her on a Friday afternoon, we discuss her particular role in the Finger Lakes Environmental Film Festival.

Wrapped in a colorful shawl and clutching a large warm cup of Dunkin Donuts coffee, Dr. Saunders tells me about her position as the Executive Producer of FLEFF, which she has held since Ithaca College became the major presenting sponsor in 2004.

As Executive Producer, Dr. Saunders simply does what needs to be done, though her role is far from simple.

She creates and manages the budget.

She supports the rest of the staff.

She is adamant in making sure that FLEFF doesn’t engage in censorship, but is not involved in any of the actual programming. She leaves that all up to Dr. Zimmermann and Dr. Shevory.

And as she celebrates her fifteenth year as Executive Producer, Dr. Saunders has watched FLEFF tremendously transform into the festival it has become today.

This gave me the eye-opening opportunity to learn more about FLEFF's evolvement.

FLEFF was first only offered on campus and later was expanded to Cinemapolis downtown as there was a need for projectors, equipment, and managed services to show films.

There used to be four different themes for every annual festival.

One year, while Dr. Zimmermann and Dr. Shevory were both on sabbatical, FLEFF was virtual. Some aspects of FLEFF are still virtual unto this day.

Technology has become increasingly important, with blogging being a newer element to FLEFF.

At first, there was one FLEFF intern - Dr. Saunders' daughter.  Soon the intern team grew large enough to fill a lecture hall. But now FLEFF maintains a small intimate group of students who blog about the festival from their point of view.

The involvement of the faculty at Ithaca College has expanded.

The engagement of FLEFF Fellows has been refined as well.

“FLEFF is both international and interdisciplinary. It allows for conversation about sustainability created through new connections,” Dr. Saunders told me. Though FLEFF has gone through many changes, its mission has remained the same.

Placing a strong emphasis on interconnectedness, Dr. Saunders says, “You can’t solve any problem from a single disciplinary perspective. You need people from across all disciplines to come together to address the problem. Connections among all disciplines are needed to understand the human and environmental condition.”

When asked if she has seen specific initiatives taken on campus or in the community as a result of FLEFF, Dr. Saunders says that FLEFF introduces a problem or question you haven’t thought of but never tells you what specific action to take.

She knows that students are concerned about the environment and the state of the world; they want change. She hopes they are inspired through courses on campus as faculty begin to integrate film and other media from FLEFF into their curriculum.

When asked what she thought of this year’s theme of ‘Disruptions’, Dr. Saunders expressed that she thought it was timely for the climate we are currently in.

“The United States and many parts of the world are going through disruptive changes that people are trying to understand, resist, or adapt to,” Dr. Saunders commented on the current state of the world.

“Students of color, especially in higher education, need to have broader perspectives. We think the African-American experience is the only experience of oppression. Native Americans, Jews, and others share similar struggles,” Dr. Saunders elaborated when expressing disruption she would like to see career-wise.

Quoting Martin Luther King Jr., “Injustice anywhere is a threat to justice everywhere,” Saunders expressed how those oppressed must not invalidate other people’s oppression. People of color must have a better understanding of history, culture, contributions, and connections with other peoples of color.

There needs to be an appreciation for both our differences and similarities for Dr. Saunders says, “Value yourself, but don’t put others down.”