Posted by Kayla Reopelle at 11:01PM 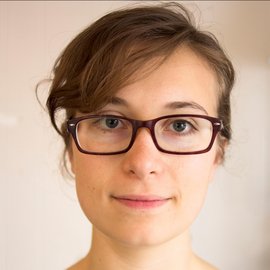 My name is Kayla Reopelle and I’m one of the new bloggers for the Finger Lakes Environmental Film Festival! I am a senior Documentary Studies and Production major with minors in Honors and Politics, Model UN delegate, and co-editor for Buzzsaw Magazine’s multimedia section, Seesaw.

Before I came to Ithaca College, I didn’t have a passport.

I’m from a small town in the South Puget Sound region of Washington State called Roy. Known for the bi-annual Roy Rodeo, my hometown is something a little different. I’m drawn back to its breathtaking views of Mt. Rainier and churches converted into gun shops.

I was eager to get out and explore the world, try new things, and my studies allowed me to do just that. I’ve traveled to three continents, worked with a radio show that features Incarcerated Voices, and found inspiration in new media theories that push me to tell stories in interactive ways.

FLEFF is one of the highlights of my spring semester.

The Finger Lakes Environmental Film Festival gives me and other Ithaca College students a chance to meet filmmakers, artists, musicians and scholars, to see banned films, and push ourselves to think about the festival’s theme beyond conventional limits. When I heard this year’s theme was dissonance, I knew I wanted to be a blogger. More on that next week!

I’m very excited for FLEFF’s screening of Grass: A Nation’s Battle for Life (1925) this Tuesday, January 28 at 7:30pm in the Sage Chapel at Cornell University. The Cloud Chamber Orchestra will be performing a live score to the silent documentary.

I’ve seen the Cloud Chamber Orchestra at previous FLEFF’s and every performances brought a fresh reading to the film being screened. I hope to see you there!

What keeps you coming back to FLEFF every year?