Posted by Sydney Augustine at 10:49PM 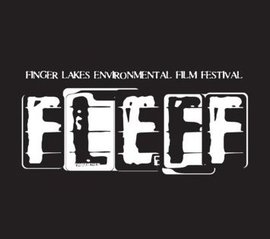 Before the first puck dropped in the Gangneung Hockey Centre, I sat alone in one of the many empty blue seats.

When my shift ended one afternoon, I snuck in through the Media Entrance.

Cold winter temperatures filled the arena, which had forced me to bury my hands deep into the pockets of my navy blue Nike parka. The NBC Pyeongchang logo was proudly displayed on the right breast of my jacket. A cascade of box braids fell over my shoulders hiding my accreditation lanyard.

Despite the frantic hustling and bustling of others preparing for the Games to begin, my eyes were fixated on the not-yet-scathed Olympic logo in the center of the ice.

Even though over 6,000 miles away from New York City, the place where I was born and raised, I felt right at home.

Often when one learns what I have been studying at Ithaca College for the last three years, it is automatically assumed that I am either an obsessive sports fan or an athlete.

In all actuality, I haven’t touched a basketball since my freshman year of high school nor have a desire to engage in discussions about team statistics or winning plays.

I decided to major in Sports Media and later minor in both Education and Sports Studies because
I have always simultaneously found peace and excitement as a spectator.

I experienced this only when I was in the freezing stands of an Olympic event and not when I was getting lunch for the host of ‘Olympic on Ice.’

Which is why feelings of uneasiness, anger, and confusion arose, after my bittersweet experience as an NBC Olympics runner ended.

I was blessed with the unforgettable moments of watching Jordan Greenway, the U.S. hockey team’s first African-American Olympian, play in South Korea. But while watching history unfold before my eyes, I was made to feel extremely uncomfortable in a less-than-diverse workplace.

I often received numerous unprofessional and insensitive comments from my white American NBC colleagues about my box braids.

One rude employee even said to me that African-American speed skater, Maame Biney and I could be sisters. Another bold one asked me how much of my hair was actually real.

When I returned to the unwelcoming hallways of the Park School that constantly stifled my pursuit of social activism, I dealt with the aftermath of my internship.

Working behind the scenes in the sports industry as a young Black woman was both rewarding and challenging.

When I reentered old classrooms, privileged white males dominated the class roster. Still too focused on their fantasy baseball teams, they lacked my unconventional perspective of sports. And they often reminded me of younger versions of the colleagues I worked with.

Coming back to Ithaca intensified feelings of loneliness and marginalization.

But it also led me to Environment and the Media, an honors seminar taught by Dr. Zimmermann.

Environment and the Media challenged me in ways that I craved. It forced me to critically think of how complicated environmental struggles intersect with social issues.

This was all done through film and new media, which gave me a different perspective on how media could be used for good.

Throughout the semester, I began to take notice of how media makers and artists would uniquely reclaim and transform environmental issues by addressing issues of race, gender, and socioeconomic status.

These issues also exist in the social institution of sport which is deeply interconnected to the environment.

This can be seen in Spike Lees’s When the Levees Broke, which documents how the Superdome was used as a “shelter of last resort” for residents unable to evacuate during Hurricane Katrina in 2005. Before devastation struck, the arena was just home of the  NFL’s New Orleans Saints and a fair number of sporting events.

Bill Morrisons’s Dawson Creek: Frozen Time also showed the interconnectedness of sport and the environment. This particular film tells the bizarre true story of how hundreds of buried silent films were discovered under a swimming pool converted into an ice hockey rink in Canada in 1978.

The course challenged me to question my active participation in the environment, which is why
I became a FLEFF Blogger. I want to use my words to promoted change in how others view the environment.

In my seminar, I was inspired by how various artists, media makers, and activists were able to use their talents to purposefully engage and interrogate environmental struggles.

One of the biggest inspirations was the Quipu Project, an interactive documentary that gives voices to women and men forcibly sterilized in Peru in the mid-90s and seeks justice for the victims.

I would like to have a similar impact as a blogger, by using my voice in addressing sustainability and environmental issues. I want to get people thinking and broaden their narrow view of the world. I want to inspire collaboration where people take action to help those in need.

I am extremely intrigued by the annual theme of the festival, Disruptions because I want to unapologetically disrupt the powerful social institution of sport. I refuse to embrace it, especially after being in the midst of a grandiose international spectacle that is immersed in political, economic, and social issues.

Unfortunately, these issues and problems are often ignored by Americanized coverage from NBC and other media outlets. Instead, false narratives, like ‘superior Black athlete’ are publicized. I  am determined to tackle and dismantle this fake news through critical media literacy.

I also feel obligated to share my knowledge through teaching and discussions so others are not constantly decieved by powerful messages.

The media we consumed can have quite an impact.

This I realized with the analog films and new media I engaged within my seminar. They forced me to critically think, analyze, and reflect.

That is why I am excited and grateful to be a part of FLEFF for that same media has been programmed in FLEFF.

I know that FLEFF fully supports creative outlets in disrupting and challenging the world we comfortably live in so we can think critically and debate with others.

That is the remarkable impact FLEFF has.

I look forward to not only developing connections with my fellow bloggers but meeting and engaging with FLEFF feature guests, some who have greatly impacted my own thinking of the environment and sustainability.