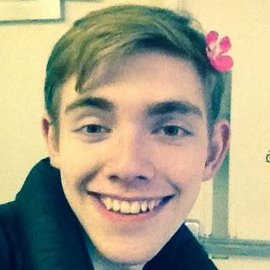 Greetings to all potential FLEFF participants,

My name is Thomas Ball, and I am currently a second-year student enrolled in the Film, Photography, Visual Arts B.F.A. Program at Ithaca College. I decided to pursue my specific major as it contained the most diverse range of courses available to me as a student. This range allows me to explore as many topics and issues as possible both in my specific field of film and image making as well as what goes on outside of that subject. Not only do I invest my time into improving my skills with editing software such as Avid Pro Tools and Photoshop, but I also have an interest in studying and investigating issues concerning the environment.

Just like the FLEFF 2016 theme of landscapes, the environment contains both conventional and non-conventional examples of itself. When we think of landscapes, the images that typically come to mind include vast deserts, rollicking hills and fantastic waterfalls. However, images of abandoned buildings, worn out signs, and empty streets could just as well fit the definition of a landscape. Landscapes define a place, whether it exists in our world or in another, such as the digital worlds found on social media websites such as Facebook and Twitter, as well as video games or numerous intellectual properties such as Star Wars, The Hunger Games or the many properties included in the Marvel Cinematic Universe.

Likewise, the environment includes not only the status of the physical world around us, but also the living conditions of the people living in it. This includes government institutions that unfairly pay women and restrict their reproductive rights as well as energy resource extraction practices that make drinking water unsuitable for human consumption.

I have taken courses about environmental documentaries since and have read books on both the environment of our physical world, such as This Changes Everything by Naomi Klein as well as the environment surrounding educational institutions such as Missoula by Jon Krakauer.

FLEFF presents a cross sections of interests and represents numerous perspectives. How would you like to contribute to the festival?