Posted by Yukino Kondo at 1:17PM 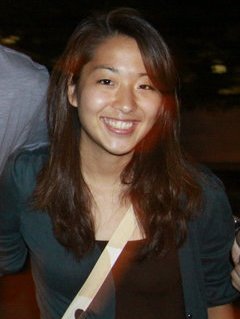 I am Yukino and I am currently a freshman exploratory major and an honors minor at Ithaca College. I am originally from Tokyo, Japan. However, I have lived in New York City and New Jersey as a child and attended high school (American School of The Hague) in the Netherlands where my parents still resides.

I am known to have way too many interests, hence my decision to be an exploratory major. Once I fall in love with something, I will obsess over it until I find something new to obsess over. I used to be ashamed of my obsessive nature because I felt like a freak. Nevertheless, I have learned to embrace it and be proud of it because it is what drives me to do anything with passion.

I consider myself to be an encyclopedia of musical theatre, and a pianist. My interest in the arts stem from the first Broadway show I had ever seen. After seeing Beauty and the Beast as a three year old, I fell absolutely in love with theatre and eventually with music. Although the music on my iTunes is diverse, it comprises mainly of show tunes, Antonio Carlos Jobim, Nat King Cole, Chopin, and Tchaikovsky.

As an exploratory student, I still have no idea what I want to do in the future. All I know is that I have my eyes set on a career in the entertainment industry. Therefore when an opportunity to intern for FLEFF came along my way, I knew I had to try it despite my lack of knowledge in film or the industry.

Since becoming an intern for FLEFF, I have learned so many things from the process in promoting a screening, the process in buying rights to screen a film, the differences between a 16mm film and a 35mm film, and more.  If it weren’t for FLEFF, I probably would have never learned anything about film or the industry.

Not only is FLEFF about film, I believe that it is a celebration of the interdisciplinary nature of the art form of film, diversity, environment, and most importantly, people. It is time for us to look around us and observe the things that are affecting the environment and us.

As an international student, I really am looking forward to meeting people from different parts of the world to see how their views on a particular screening or on life differs from mine and how culture plays a role in the views. I am extremely grateful for having been given the chance to explore my career interests and I am looking forward to seeing you all soon!