Posted by Sam Stahnke at 9:33PM 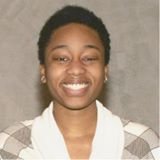 "I regard pretty much every issue to be a feminist issue in one way or another, because most if not all issues humans face today are connected,"* says Kimberly Nicolas who attended this year's 18th FLEFF as an intern.

The FLEFF statement on Habitats said that the term covers the "relationships, and complexities surrounding the human and the nonhuman."*

Kimberly observed that the Festival's theme worked as an entrance point.

"I think the theme of "habitats" really [lent] itself to opening up space for discussions about social context and systems of power."*

None of the events Kimberly recalls explicitly mentioned viewing something through a feminist perspective.  But Kimberly perceived that the "practices of feminist theory were definitely utilized."*  Specifically she referred to the identification of larger social dynamics and belief structures, which emerge as issues in people's everyday activities.

Kimberly caught Lauren Lazin's documentary L Word in Mississippi: Hate the Sin at a crowded Cinemapolis showing on Saturday April 10th.  The documentary charts the lives of several lesbians living in Mississippi.  It juxtaposes moments of cheerfulness and humor with personal and religious discrimination.  Kimberly noted that the film examined the lives of individuals but expanded outward to pick up on patterns.

"[The documentary] made a connection that there was a pattern of people being made to feel like they need to repress their sexuality in order to be accepted and examined the effects of this pattern in a number of different women's lives."*

Looking back on FLEFF were any of the events you attended explicitly or implicitly feminist?