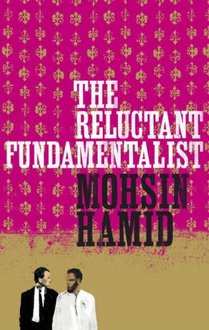 In Ithaca, NY, it isn’t hard to catch a view of Cayuga Lake with its expansive shoreline.  In the morning, it’s a calming sight to see the fog rolling down from the hills across the water or to see people rowing across the lake in sunnier weather.  The lake is there to greet me every day, and it’s difficult to think of it as anything but tranquil.  Not as a habitat in danger.

However, traces of Hydrilla, otherwise known as the “Indian star vine,” has been found in Cayuga Inlet.  Though the water weed seems innocent enough, the danger lies in how fast the plant grows.  It aggressively creates a suffocating blanket, where no sunlight can penetrate through.  Due to early detection, though, the weed hasn’t reached Cayuga Lake.  Learn more.

When I think of ‘habitats,’ my thoughts stray to scenarios such as the above.  I view the subject through the lens of species adaptations, human impact, displacement, basic survival.  Habitats are places of continuous change and diverse ranges.  But the definition and implication of the FLEFF 2015 theme ‘Habitats’ goes beyond the environmental, scientific, and literal sense.  The implication that habitats is a word to think about in a broader view – metaphorically, politically, emotionally – was strengthened with this line:

“I flew to New York uncomfortable in my own face.”

This is a quote from the novel The Reluctant Fundamentalist by Mohsin Hamid published in 2007.  The novel was adapted into a film in 2012, and it premiered in the Venice Film Festival.  The novel’s main character is a Pakistani man named Changez.  At first, Changez is living the ‘American dream’ after he graduated from Princeton University and was employed at a prestigious company.  After the attacks on 9/11, his life altered drastically.

In a place where Changez once felt “immediately a New Yorker,” he now felt uncomfortable in his own skin.  Two central themes in the novel are nostalgia and suspicion.  The Reluctant Fundamentalist helped me to analyze habitats in terms of identity and how the places where we come from has the power to separate and to unite us.

As opposed to a clean-shaven face, Changez faced more racism and judgments when he decided to grow a beard – a symbolism to others of his roots in Pakistan.  Assumptions were made based on where he was from.  The question of belonging and cultural loneliness is evident as the surroundings in the novel changes.

With habitats, there comes biases.  Bias that can range from a favorable mutation in a gene pool or to where one cultural tradition is considered normal in one place but barbaric in another.

Habitats can be challenged in cultural terms where people can make cursory assumptions to categorize, ostracize, or restrict a person’s identity.  Social and economic terms can be applied to habitats as well.  In a city, there are juxtaposing images of the slums and towering sky-scrapers; people occupy the same space and location, but there are differences in the way of life.  Technology also alters the world we live in at unprecedented paces.

Habitat might be word used more scientifically or professionally, but it’s a theme that is also deeply personal.  It is a place where we live in and where all interactions connect at some nexus.  We may live in our separate biomes, separate cultures, separate individual lives.  But we all live in one world, each holding our own strings of consequences.  Of change.

FLEFF captures the theme Habitats in a flexible, diverse way.  Let the implications and connections of how we live in this world and affect others and the environment rise up in your thoughts.  With this year’s film festival, let the notion of habitats bring to mind familiarity and discomfort.