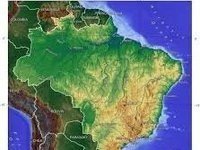 "Basically cinema is enabling other fields and art-forms to thrive," says Carlos.  With more films produced then shown the production and engagement of cinema is out of proportion.

To Carlos the mingling of film styles hasn't had a meaningful discourse.

"These days the production is much more mixed... for example Asian cinema has had such a major influence on Latin Cinema, but that relationship isn't recognized."

Karin Chien is the president of dGenerate Films

She sees the phrase "film is dead" as hyperbole, though art house cinema lacks a sufficient audience.  "We all know how much Americans love subtitles," she says wryly.

Certain films are tuned to different markets.  For example, some films sell on the educational markets.  Other films like the three-hour long non-narrative documentary Ghost Town do well at festivals.

Karin deals with films on a case-by-case basis.

DGenerate defined their work as coming specifically from Mainland China due to the repressive censorship practices in that particular market.  This became more complicated when a minority Chinese filmmakers moved to places outside China.

According to Karin a few filmmakers that show their films at festivals have emigrated, or been arrested.

Rodrigo works as the vice president of marketing and publicity at Kino Lorber.

He maintains the new modes of exhibition don't fit the utopian model that many think.  Films can become buried he argues.

Kino relies on the international film festival circuit to procure films with an audience.  Because of the difficulty of marketing films today many distributers require films that have validation from festivals.