Posted by Meagan McGinnes at 4:54PM 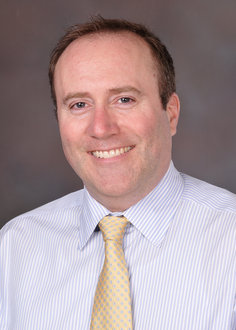 Peter Cleary is the Communications Director for Vestergaard Frandsen. He is also an Ithaca College alumnus. He graduated with a degree in politics. Vestergaard Frandsen operates under a unique Humanitarian Entrepreneurship business model. Their mantra of "profit for a purpose" has transformed humanitarian responsibility into its core business.

4:00 Screening of Carbon for Water

4:21 From the film: “Each small intervention together makes a very significant carbon reduction.”

4:21 As I am watching the film, I am trying to think how this expands the theme of microtopias. It is a local solution to a large problem, and it is not an ideal. Vestergaard Frandsen is making this sustainable push a reality, sparking a conversation about the issue of carbon emissions in third world countries and linking systems that may have seemed unconnected prior (for example, Kenya's water and the business sector).

4:26 "It is important to stress that nobody (in the film) who recieved these water filters paid anything for them."

4:30 As Cleary talks about carbon credits, and JP Morgan's involvement, I am wondering why we are not seeing this in the business world more often?

4:32 Goal for next year: give away 3 million water filters to Kenya, including not only homes but schools as well!

4:33 Passes around personal Lifestraw water filter for audience to get a closer look (no batteries or electrcity needed)

4:34 Cleary said, "Only about seven percent of Kenyans know their HIV status."

4:37 Cleary said that they were the first private company to recieve carbon credits for public health water based program.

4:42 Originally founded as traditional tech style company. When third generation of company decided to try to take company over, they visited Kenya and fell in love with the area. Wanted to address the issues, especially regarding health. The goal is to prevent diseases and their spread.

4:45 "If you can develop a product that prevents the spread of one disease, then maybe evetnually you can prevent the spread of a majority of water spread diseases."

4:50 This film has been screened at 50 different film festivals.

There were only a few questions/concerns I had with this event and film. I felt it was a very westernized view of the issue and the culture. For example, there were only subtitles on the Kenyan people, never on the Americans. If this film is truly international, then Kenyans would not need subtitles for themselves, but would probably want them on Americans. What if this is shown in Kenya?

Also, I definitely felt the film came off as a promotional video in comparison to other FLEFF films I have seen this week. Even with this, I ackowledge the film and the initiative is an important stepping stone between the business and environmental worlds.

Have you heard of Lifestraws? Do you think carbon credits can transform the business world?