Posted by Haley Stearns at 1:05AM 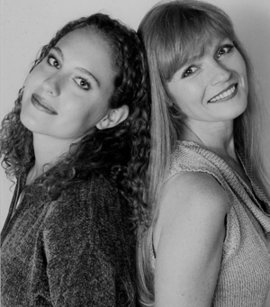 Arise documents interviews with women from around the world who all work in their respective communities to heal the environmental issues of the Earth. Lori Joyce co-directed Arise with her daughter, Candace Orlando. During our phone interview, Lori described their collaboration as an awesome experience. Working with her daughter allowed both energies from two different generations to come together and tackle some of the environmental problems that we face today.

“It was just pretty amazing to be able to interview these women who are doing incredible things in their communities, and to be able to be interviewing our heroines, was just really an incredible experience for both of us.” The film features interviews from Kenya, India, Ecuador, Israel, as well as several places around the United States.

Candace and Lori Began working on the Arise in 2005. Originally, Lori’s perspective focused on the spiritual role of women on the planet, particularly in relation to women’s connection to mother earth. Candace agreed with that perspective while encouraging activism to be brought into the film as well.

One of the main challenges that Lori and Candace faced in making this film was financing. Once the finances were secured for a particular trip, Lori described their intense travel and filming schedule as a “whirlwind experience.” It took seven years to bring Arise to the screen, but in hindsight, Lori believes that they needed that amount of time to allow the film evolve to what it evolved into.

Ultimately, Lori wanted to focus on creating a film that gives people hope. “We wanted to create a film that inspires you to walk out of the theatre and go, ‘I can do that!’…We try to interview foremost expert in the field, let her say her peace, and then allow people to go out and research and come to their own conclusions on whether that’s a harmful thing to be doing to the planet or not. We don’t try to sway anyone one way or another, we’re trying to inform people of what’s happening and the different ways that women are taking leadership roles to create change.”

Lori explained that the main message they wanted to present was what women are doing for their communities, and “How important it is that women do get involved based on our connection to mother earth and that nurturing quality we were born with.” That being said, Lori feels that this film cuts across gender differences that society causes us to think we have.

Watch the trailer for Arise here.