Posted by Elizabeth Ring at 11:26AM 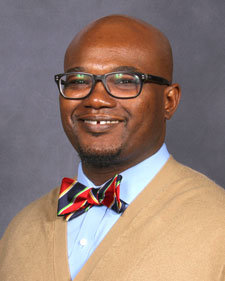 He decorates the walls of his office with newspaper cut-outs, a framed note from his nephew, flags from different countries, as well as an Ithaca College banner and a banner from one of his many alma matters, Syracuse University.

The flags and banners are simply prints on fabric, but they represent something: a nation, a college. As a rhetorician, this is exactly what Dr. Christopher House studies, the meaning behind the symbols and language that surrounds us everyday.

“I’m interested in the way that signs and symbols influence human thought and behavior,” House said. “A sign is anything that induces you to think of anything else.”

House relates his studies to the rhetoric of film, stating that the images on screen induce an audience to come to a certain conclusion. He believes that it is because of the audience’s rhetorical interpretation that films are great.

This semester, House will be teaching a minicourse titled “FLEFF: Disruptive Narratives and Rhetorical Landmines.” According to House, the class will explore films that have disrupted the status quo, looking at a range of films from Wonder Woman to Black Panther.

The class aims to contextualize the films, studying questions of why it’s important that the films came out at the time they did, or how audiences would react had the films come out 25 years ago.

“I try to provide some framework on how to watch movies, what to look for,” House said. “Not necessarily what to make of the movie, but how do people experience the movie.”

House warns students, though, they will never be able to look at a film the same way after taking this course.